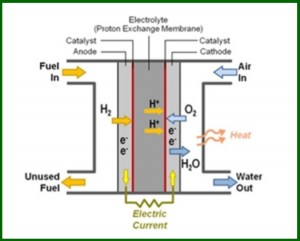 Hydrogen benefits are well  known. All U.S. supplies can be made here.

The 2017 Hyundai hydrogen-powered Tucson fuel cell has carry over pricing at $499 a month. Customers in Southern and Northern California need a down payment of $2,999. They also get unlimited complimentary hydrogen refueling and “At Your Service Valet Maintenance” at no extra cost. The Toyota Mirai is also on sale now in California at  a reduced $349 a month with $2,499 due at lease signing.

“Fuel cell cars are not vehicles of the future – they’re here now, and we applaud Hyundai for bringing them first to market in California where they are most needed,” claims Mary D. Nichols, Air Resources Board chairman, an agency that has not always been in touch with market forces.

Tucson has or will have many competitors besides Toyota. This is creating pricing pressure. The Mirai MSRP remains $57,500 plus an $865 destination fee. Mirai customers also may qualify for an $8,000 federal tax credit and $5,000 potential California rebate along with access to the California HOV carpool lane. The Toyota deals currently are:

The Honda Clarity fuel cell is due late in 2016, with electric and hybrid versions following. Mercedes-Benz confirms a B-Class fuel cell is coming. There’s even an upcoming Volkswagen Golf SportWagen HyMotion on the list of fuel cell vehicles under development.

In 2013, Daimler AG, Ford Motor Company and Nissan, under the Alliance with Renault, signed a three-way agreement for the joint development of a common fuel cell system. In July 2015, with the Japanese government’s support for hydrogen stations, Toyota, Honda and Nissan announced an agreement to partially cover hydrogen station operating expenses incurred by infrastructure companies.

The Korean company claims that availability of the Tucson fuel cell will expand to other regions of the U.S. “consistent with the accelerating deployment of hydrogen refueling stations.”

One of the potential benefits of a hydrogen fuel cell is that required supplies of hydrogen for the U.S. market can be produced domestically. Its supply is virtually unlimited. Hydrogen fuel –  uses the most plentiful element in the universe –  and can be produced in many ways, including using renewable sources such as bio-gas. Hydrogen can be sourced directly from water, using electrolysis to split the hydrogen molecules, and with electricity from renewable energy sources such as wind and solar. 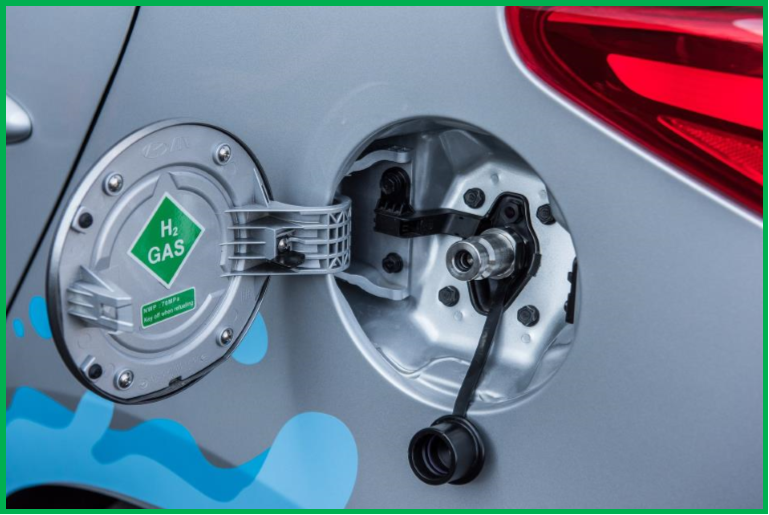 California has approved a plan to develop up to 100 hydrogen refueling stations in the state during the next several years. This California initiative dovetails with some increased government support of hydrogen infrastructure development at the federal level, such as H2USA (http://h2usa.org/). The California Energy Commission awarded $44.5 million for the development of 28 new hydrogen stations (plus one mobile fueler), bringing the total number of hydrogen fueling stations (open, in-development, and proposed) to more than 50 stations promised in the near future.

A fuel cell replaces the battery pack used in an electric vehicle by generating electricity from hydrogen through an electro-chemical process that does not involve hydrogen combustion. There are no moving parts within the fuel cell stack

Ken Zino is an auto industry veteran with global experience in print, broadcast and electronic media. He has auto testing, marketing, public relations and communications expertise garnered while working in Asia, Europe and the U.S.
View all posts by Ken Zino →
This entry was posted in alternative fuels and tagged autoinformed.com, fuel cell, hydrogen, Ken Zino. Bookmark the permalink.