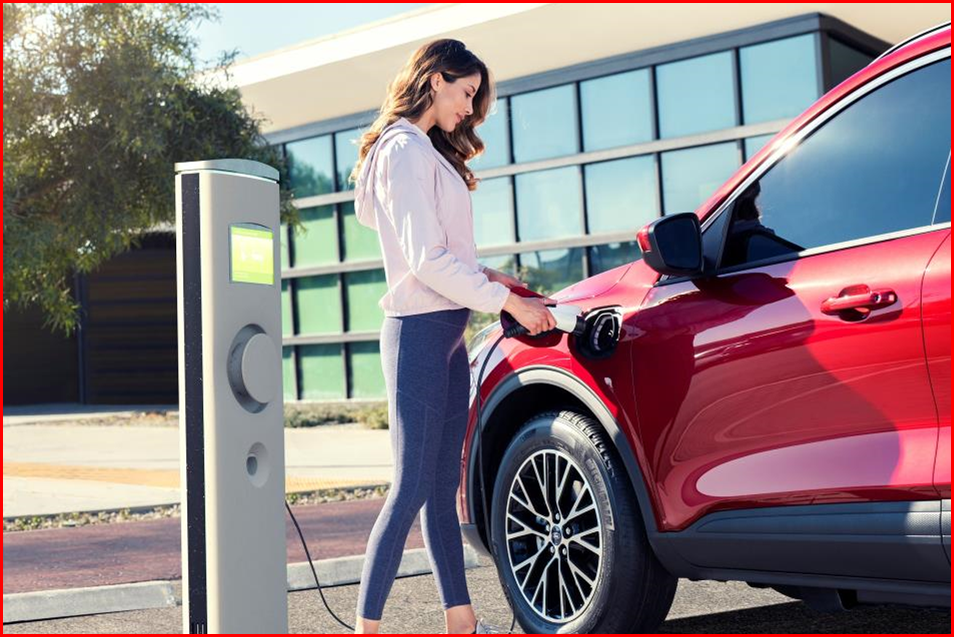 Arguably, the most popular, fastest growing segment in the world. It pays to cross brand shop.

Escape, which debuted the world’s first hybrid SUV in 2005, brings back two hybrid choices for 2020 – a full hybrid and a plug-in variant – and introduces technologies that include selectable drive modes, available driver-assist features and on-board connectivity. Escape pricing, in the $26,000 to +$36,000 range, is roughly $1000 higher than 2019 but competitive in a class dominated by the Toyota RAV4, Honda CRV, and Nissan Rogue hybrid models.

Ford claims the average American driving 29 miles a day, making that trip in the all-new Escape Hybrid Titanium means using a gallon of fuel per trip – and fewer gas station stops along the journey.

“This all-new Escape Hybrid is our best one yet, as it answers the call from our customers who loved the original Escape Hybrid but want better fuel efficiency without compromising interior space,” said Hau Thai-Tang, Ford chief product development and purchasing officer.

Each model in the Escape lineup, whether hybrid-powered or equipped with EcoBoost technology, has an EPA-estimated range of at least 400 miles per tank. Front-wheel-drive Escape Hybrid’s fuel efficiency is supported by an EPA-estimated 582-mile driving range per tank.

Escape Hybrid packages its liquid-cooled lithium-ion battery below the second-row seats rather than occupying a significant portion of the cargo area. The briefcase-shaped battery in the standard hybrid measures approximately one-third the size of the battery in the first Escape Hybrid, which was the world’s first-ever hybrid SUV when it debuted in 2004.