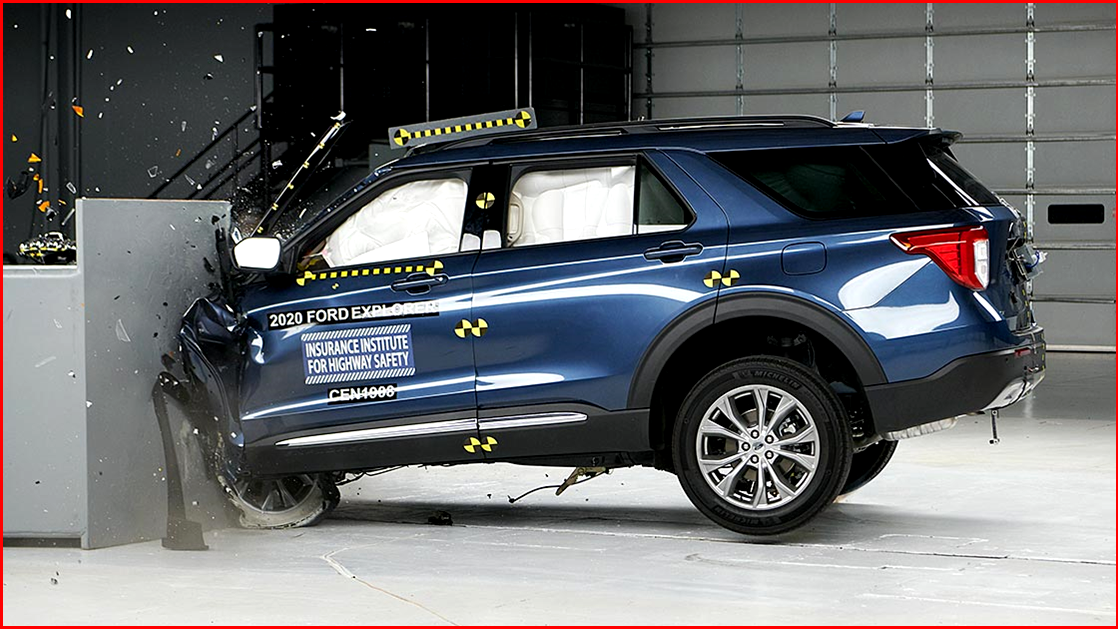 The safety perils of an all-new platform?

The redesigned 2020 Ford Explorer, a midsize SUV, offers better protection in the driver-side small overlap front test than earlier models, but hasn’t improved enough to qualify for a 2019 safety award, according to the Insurance Institute for Highway Safety. Crashworthiness ratings for the Explorer also apply to the all-new 2020 Lincoln Aviator. (see: Driving 2020 Explorer: Big Size and Complexity, Bigger Price)

In the driver-side small overlap test of the Explorer, “the structure held up well overall — an improvement over the severe intrusion seen in the Explorer prior to the redesign. However, in the test of the new model, there was enough intrusion into the outboard part of the footwell to elevate the risk of injury to the driver’s left leg, as indicated by measures taken from the dummy, resulting in an overall rating of acceptable,” said IIHS.

A good rating in the driver-side small overlap crash test is a requirement for both the 2019 Top Safety Pick and Top Safety Pick+ awards, so neither the Explorer nor Aviator is eligible.

The two models earn good IIHS ratings in the moderate overlap front, side, roof strength and head restraint evaluations. Neither model has been evaluated in the passenger-side small overlap crash test. The previous generation of the Explorer earned a poor rating in the passenger-side test. 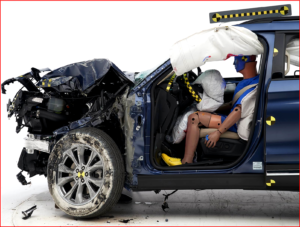 Ford said it had thought the Explorer would earn a good rating in the driver-side small overlap test and said it would explore why it didn’t. The automaker plans to implement changes with the aim of improving the vehicle’s performance for a future test.

The 2020 Explorer and Aviator are both equipped with a standard vehicle-to-vehicle front crash prevention system that scores a superior rating in Institute tests. The SUVs are also available with a second, optional system that also rates superior. Both systems prevented collisions in 12 and 25 mph tests.

The Explorer and Aviator each earn an acceptable rating for ease of use of the vehicles’ LATCH hardware. LATCH, which stands for Lower Anchors and Tethers for Children, is a system of attachment hardware for child restraints.

The Ford Explorer – America’s best-selling SUV over the last 29 years – has the widest model lineup ever, more powerful and EcoBoost engines and new technology that hints of aspects of autonomous vehicles to come. Vehicles equipped with a 3.0-liter V6 EcoBoost and the towing package can haul up to 5,600 pounds; those with a 2.3-liter EcoBoost and a towing package can tow up to 5,300 pounds. When properly equipped, Explorer Hybrid is rated to tow up to 5,000 pounds.