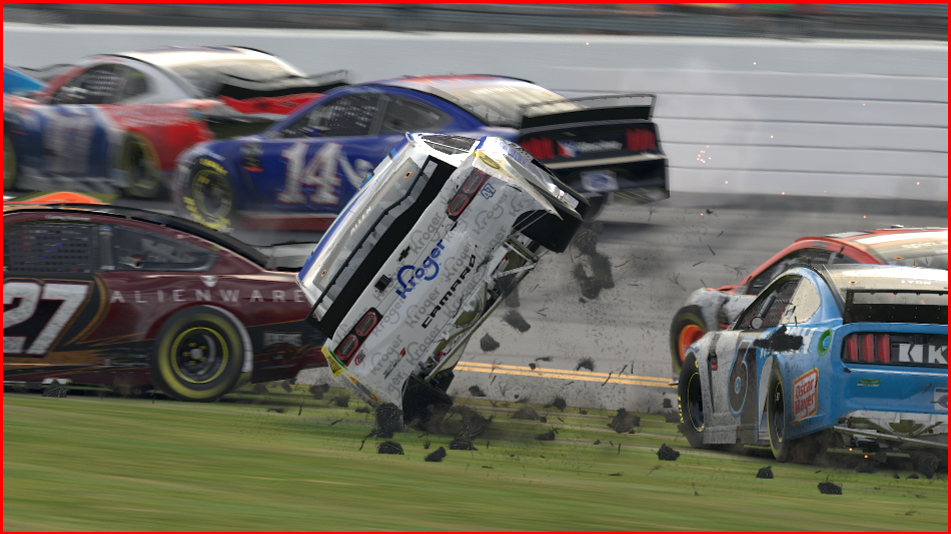 E-Racing simulation of Daytona by NASCAR earlier this year. It sure looks like racing – except for the smells, tire screeching and the roar of the crowd.

NASCAR said today that due to challenges resulting from the ongoing COVID-19 pandemic and the need for significant advance planning, NASCAR will drop two race weekends immediately following the 63rd running of the DAYTONA 500 on Sunday 14 February. All three NASCAR national series will now remain in Daytona to run twice more on Feb. 19-21 before the NASCAR Cup Series and NASCAR Xfinity Series to Homestead-Miami Speedway on Feb. 27-28.

Ken Zino is an auto industry veteran with global experience in print, broadcast and electronic media. He has auto testing, marketing, public relations and communications expertise garnered while working in Asia, Europe and the U.S.
View all posts by Ken Zino →
This entry was posted in environment, racing and tagged auto industry commentary, autoinformed, autoinformed.com, Covid 19 causalities., Daytona 500, Ken Zino. Bookmark the permalink.