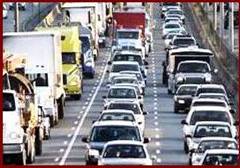 It will interesting to see if Republicans abandon their “States Rights” posture now that it is inconvenient.

“In the absence of an agreement between the Federal government and states, the California agreement is a commonsense framework that provides flexibility to the industry to meet tailpipe standards while also taking important steps to reduce greenhouse gas emissions and save money on fuel for consumers,” the senators wrote.

Ken Zino is an auto industry veteran with global experience in print, broadcast and electronic media. He has auto testing, marketing, public relations and communications expertise garnered while working in Asia, Europe and the U.S.
View all posts by Kenneth Zino →
This entry was posted in environment, fuel economy or emissions and tagged auto industry commentary, autoinformed.com, automotive blog, Ken Zino. Bookmark the permalink.