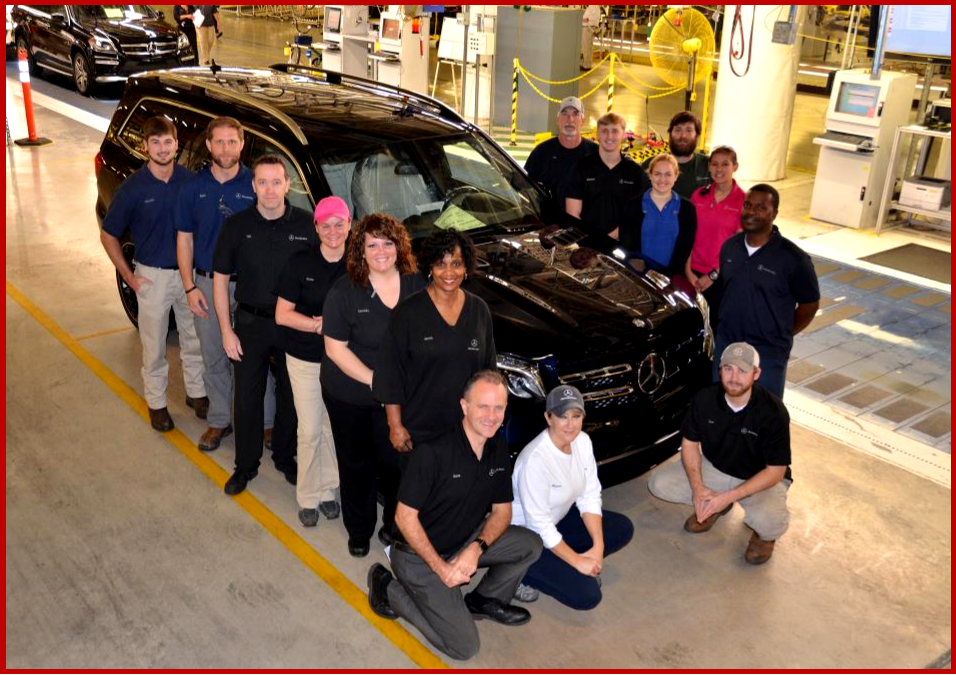 The Mercedes-Benz plant in Tuscaloosa, Alabama started production today of the GLS SUV that debuted last fall at the Los Angeles Auto Show. Timing couldn’t have been better since MB SUV sales in January were 62.5% higher than in the prior-year month, at a new record of 53,966 units.

During 2015, Mercedes-Benz renewed almost its entire range of SUVs. The new models are successful – sales of the GLC, the updated GLE and the new addition to the SUV portfolio, the GLE Coupé, are at record levels.

In 1995, the plant Tuscaloosa started as the first major passenger car facility of Mercedes-Benz outside Germany and is considered as the nucleus of the automotive industry in Alabama. The plant is the traditional production location of the SUVs in the global production network of Mercedes-Benz Cars. In 2015, Tuscaloosa built more than 303,000 vehicles – an all-time record for the plant, which celebrates 20 years of production in early 2016.

The GLS, dubbed the “S-Class among SUVs”, is the only seven-seater in the Europe, an premium SUV segment. For customers in the US, the new GLS  is now available. Market entry in Europe follows in spring.

Ken Zino is an auto industry veteran with global experience in print, broadcast and electronic media. He has auto testing, marketing, public relations and communications expertise garnered while working in Asia, Europe and the U.S.
View all posts by Ken Zino →
This entry was posted in manufacturing, new vehicle and tagged autoinformed, autoinformed.com, Ken Zino. Bookmark the permalink.