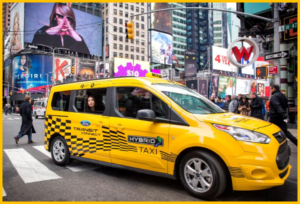 In what appears to be a partial but meaningless  p.r.  victory for Donald Trump, Ford Motor said today that it is canceling plans for a new $1.6 billion plant with 2200 jobs in San Luis Potosi, Mexico. Instead Ford will invest $700 million in its Flat Rock, Michigan plant to increase production of hybrid vehicles.

Presidential  candidate Trump severely criticized Ford for making that Mexican plant announcement last year. The new plant was going to build compact cars that are currently being rejected by large numbers of buyers in favor of crossover SUVs, so there was a clear business reason for Ford’s decision, with possibly suck up to Trump secondary political gains. (Ford Invests $1.6 Billion in Mexico. NAFTA Sucking Sound of Lost U.S. Jobs Continues During Fierce Presidential Race)

This is a benefit for Donald Trump where his tweets were and are centered around U.S. jobs. (Expect to see more automakers under Trump fire.)  At Ford 700 jobs will, eventually, be created. However, Ford will build its next-generation Focus compact car at an existing plant in Hermosillo, Mexico “to improve company profitability.” In reality, this is meaningless for the U.S. economy where hundreds of thousands of  jobs need to be created each month for strong, sustained growth with our population of more than 300 million.

Trump also castigated GM earlier in the morning for building Chevrolet Cruze Hatchbacks in Mexico (Un-Sweet Tweet – Trump Outburst Against Chevrolet Cruze) However, Trump has to be careful about trade matters and possible retaliation in AutoInformed’s view. U.S. auto plants exported 2 million vehicles during 2015. That’s roughly the equivalence of 10 final assembly plants worth of jobs, not counting suppliers. Rhetoric is nice, reality is better.

While making the announcement, Ford provided some information on seven of the 13 new global electrified vehicles it plans to introduce in the next five years. These include hybrid versions of the F-150 pickup and Mustang in the U.S.Flat Rock will also assemble autonomous and electric vehicles, along with the Mustang and Lincoln Continental.

There will be a plug-in hybrid Transit Custom van built in Europe and a fully electric SUV – location unspecified – with an expected range of at least 300 miles for customers globally.

Mexico is Ford’s fourth largest vehicle manufacturing site for global customers – behind the U.S., China and Germany. Vehicles produced in Mexico also are exported to the U.S., Canada, China, Argentina, Bolivia, Brazil, Colombia, Chile, Paraguay, Peru, Uruguay and South Korea, most of them under what critics call the job-destroying NAFTA agreement.