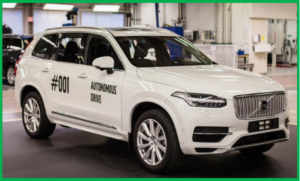 Swedish company Autoliv will debut its so-called Learning Intelligent Vehicle – LIV – that uses Artificial Intelligence technology at CES in Las Vegas tomorrow. The first version of LIV is equipped with existing technology, connecting them via an AI-based ECU, which communicates and acts on data. Data sources include what is derived from the driver, the car, its surroundings, as well as from other vehicles. Coming versions will use on-line and off-line machine learning, a wide array of data sources and developing an “individual relationship to the driver.”

Ola Boström, Vice President Research at Autoliv said, “The more advanced machine learning and AI technology becomes, the more important it is to have a human centered approach – understanding how we humans and smart machines collaborate as a joint cognitive system. As vehicles become safer, in a sense we become worse drivers. We no longer need to control the vehicle unless it needs or wants us to. With LIV, we have turned this table around, with a system that trusts you to drive and works together with you, and not the other way around.”

Ken Zino is an auto industry veteran with global experience in print, broadcast and electronic media. He has auto testing, marketing, public relations and communications expertise garnered while working in Asia, Europe and the U.S.
View all posts by Ken Zino →
This entry was posted in autonomous vehicles and tagged artificial intelligence, autoinformed, autoinformed.com, autoliv, Ken Zino, machine learning. Bookmark the permalink.