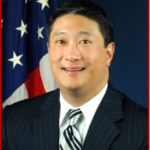 Hyundai Motor Company today announced that David S. Kim will join the Washington, D.C. office as Vice President of Government Affairs. In this role, Kim will lead Hyundai’s U.S. government affairs program at the federal and state levels. Kim most recently served as Deputy Administrator at the Federal Highway Administration, where he had previously served as Associate Administrator of Policy and Governmental Affairs.

Kim also served as Deputy Assistant Secretary, Governmental Affairs at the U.S. Department of Transportation and as Deputy Assistant for Congressional Affairs at the Office of the U.S. Trade Representative. Hyundai of course has a lot to lose if Trump can get a border tax through Congress even though it has a manufacturing presence in the U.S. Kim has broad experience in dealing with Transportation issues.

Kim previously served as the Head of the Government Relations Department for the Los Angeles County Metro Transportation Authority in Washington, DC as well. Earlier in his career, Kim spent time working in the offices of several lawmakers, including U.S. Representative Xavier Becerra and California State Senator David Roberti.

“David’s familiarity with the auto industry’s issues, his keen understanding of government affairs, and his strategic vision will make him an incredible asset to our company,” said Charlie Kim, Vice President of Hyundai Motor Company.

Kim holds a Master of Public Administration from the University of Southern California and a Bachelor’s Degree of Political Science from Occidental College.