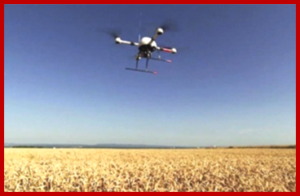 With an airspeed less than that of the Wright Flyer, the FAA has set up work groups to finally provide specific regulations covering UAS – unmanned aircraft systems – or drones in the national airspace it solely controls. However, the process could extend beyond 2018 before meaningful rules are in place, an agonizingly slow pace given the rate of technological change versus the sand filled hour-glass used during  law and rulemaking. As a first step, a so-called task group or sub-committee on airspace access is calling for more industry input. The overall goal is to have one, consistent regulatory system. (Drones – FAA Releases Updated Sighting Reports and Report an Accident)

First is to have by the end of 2017 rough guides for drone integration and access to airspace – something that doesn’t exist now. What about privacy? Then one or more rule making processes would ensue that could take years. Needed are rules for the roles and responsibilities of the drone operator and the air navigation provider, as well as the equipment a drone must carry, among many other undefined areas. Should a drone carry – say, a transponder for tracking and enforcement, a registration that is crash proof, as well a public and private infrastructure needs for safe drone use that doesn’t threaten flight operations.

For current information on where unmanned aircraft can be flown safely, the FAA offers the B4UFLY app which is available for iOS and Android smartphones. The app is free and can be downloaded from iTunes and Google Play. (Drones – FAA UAS Symposium Registration Opens)

Since 1926 when the U.S. declared exclusive Federal Sovereignty of the airspace (revised in 1938 and 1958 as technology changed) statutes do not permit state and local governments to directly or indirectly regulate aircraft flight operations.

The roles of state and local governments now need to be addressed with low-flying drones in non-regulated and regulated airspace. Governments are already doing this on their own: Arizona, Delaware, Maryland, Michigan, Oregon, Rhode Island, and Virginia, prohibit local government regulation of drones. Instead, the state legislature now has the sole authority, but under existing law, they have no authority. (FAA Finally Announces Registration Rules for Drones – UAS)

Other states – California, Minnesota, Nevada and Tennessee – declare state sovereignty unless given to the Federal Government via a constitution grant from the people of the state. This too is meaningless under existing law.

Complicating this atmospheric murk is a Supreme Court decision (Arizona vs U.S. – 2012) that says that “state regulation even if it parallels Federal is illegal.” The Supreme court has also overruled local noise ordinances for low flying aircraft. On the other hand, the Supreme Court (Cosby and Griggs v Allegheny County – 1962) said that flight patterns between 30 feet and 300 feet over the landowners’ residence constituted an unlawful taking of an air easement. (FAA Belatedly Issues Rules for Some Drones)

How this affects the FAA roles and responsibilities needs to be worked, a potentially slow, laborious process. One conceivable outcome is to more clearly define low altitude air space regarding drones there could be delegated jurisdiction to state and local governments. What is a minimum safe altitude for a drone? What is the enforcement mechanism Federal, State, local? What of emergence response scenarios – use drones, but prohibit interference with aircraft, which has already happened? (Ineffective FAA Sits by as Drones Take Over U.S. Airspace)

Well, fasten your safety belt, this going to be a long flight on bureaucratic airlines skirting political and commercial storms.

1 Response to FAA Proposes Talking About Regulations for Drones