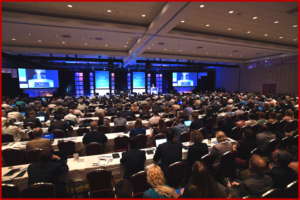 It’s summer in northern Michigan, a time when people flock there for fun, relaxations such a swimming, sailing and fine dining amid verdant rolling hills. There is, however, a significant number of people who come each year at the beginning August to work, debate and dispute at what is – defensibly – the leading auto industry conference, the Center for Automotive Research – CAR – Management Briefing Seminars, aka MBS, in Traverse City. 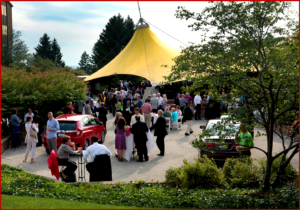 The U.S. auto industry is its largest manufacturing sector, which built the middle class. All told it provides 7 million good paying jobs, and despite Republican attempts to let it die back in 2008 when Wall Street speculation collapsed markets and economies, it has comeback. And for the record, government support via taxpayers under the so-called Troubled Asset Relief program saved the industry, saved and restored jobs and the government got back every penny put forth as loans have been repaid. (See: Taxpayers to Turn Profit from Controversial TARP Bailouts, Treasury No Longer Owns GM Common Stock, Ally Bailout Terms Met – Allowing for Common Dividends, Treasury to Sell Preferred Bank Stock Acquired Under TARP, Treasury Makes $245 Million in Added Profits from TARP)

CAR forecasts industry trends, sagely advises on public policy backed by much data, and sponsors many different communication forums. CAR produces timely, relevant research on the future of the automotive industry, among the world’s most complex businesses. The research is sponsored by governments, automakers and suppliers and is made publicly available in keeping with practices of the world’s best universities.

Sessions this year, among others, include automated and autonomous, driving systems, advanced materials, manufacturing techniques, fuel economy – which directly correlates with CO2 output and is at the core of global warming issues, advanced powertrain systems, the North American market, car companies morphing into mobility companies, automotive trade – NAFTA and beyond…

If you are serious about thriving in the changing automobility world, MBS is a must attend event. Read all you can about 2017. And seriously consider attending next year. (Continental, Magna Drive Two Autonomous Cars to CAR Conference, DENSO to Invest $75.5 Million in Michigan and Ohio, New Car Buyers Bullish on Self Driving Vehicles. Maybe)