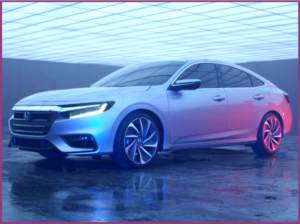 The all-new 2019 Honda Insight will offer – what else – “premium style and high fuel efficiency in a five-passenger sedan that will be powered by latest generation of Honda’s two-motor full hybrid powertrain.

The Insight comeback timing is inauspicious given the U.S. demand for crossover SUVs, if only as a defensive move to see the road ahead which is increasingly blocked by trucks and ersatz trucks or cossovers. 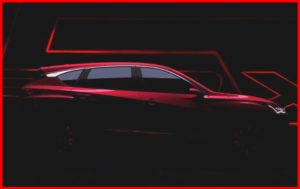 Honda will also debut its own visual roadblock at NAIAS, the third-generation Acura RDX Prototype, which is a decade old since the last major redesign. The RDX has recorded five consecutive years of record sales and seven straight years of year-over-year sales growth.

Insight “Prototype” will make its world debut at the 2018 North American International Auto Show in Detroit on January 15, 2018 as the precursor to the all-new 2019 Honda Insight that will be priced above the Civic passenger car lineup.

“You won’t have to be an electrification advocate to appreciate the new Insight – it’s a great car, independent of what’s happening under the hood,” claimed Henio Arcangeli, Jr., general manager of the Honda Division, American Honda Motor Co., Inc.

Introduced in 1999, Insight was America’s first hybrid vehicle. The tiny 2-door Insight launched as the most fuel-efficient EPA certified gasoline-fueled vehicle with a highway rating of 70 miles per gallon. It was the first Honda vehicle with Honda’s Integrated Motor Assist (IMA) hybrid system. The second-generation Insight made its debut in 2009 as what was claimed to be the most affordable hybrid on the market. With its 5-door, 5-passenger design, the second-gen Insight offered also used the IMA hybrid system.

Unlike the first two generations of Insight, the all-new model will be powered by Honda’s two-motor hybrid system offering fuel economy that is competitive with other compact hybrid models.

The third-generation Acura RDX Prototype will make its world debut at the 2018 North American International Auto Show (NAIAS) on January 15 at 11:05 a.m. EST. Representing the most extensive Acura redesign in more than a decade, it was designed and developed for the first time in America. The Acura RDX is a long-time best-seller in the so-called premium-entry (yes, marketing babble here) SUV segment, which is on pace to unseat entry-premium sedans as the highest volume segment of the luxury market.