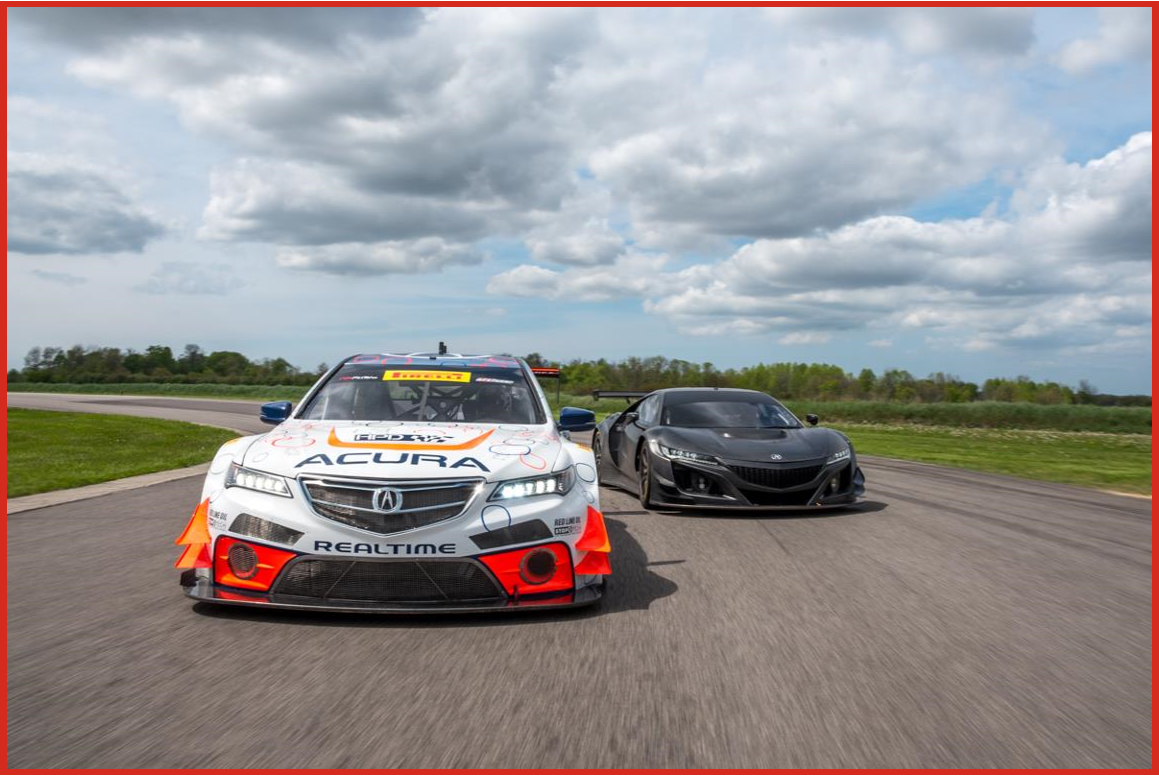 “Based on a very successful test program, we’re taking the next logical step in seeing how we stack-up against the competition,” said Art St. Cyr, president of Honda Performance Development.

“Mid-Ohio seemed like the perfect opportunity, given the demands it places on a racecar and its proximity to NSX R&D and manufacturing.”

The twin-turbocharged NSX GT3 is slated for homologation as an FIA GT3-class racecar this fall, in preparation for North American GT racing competition in 2017. The car will be on display to the public in the paddock of RealTime Racing, Acura’s development partner for the GT3 program, over the course of the race weekend.

The NSX GT3 is a further extension of Acura’s GT motorsports program, where Acura, in partnership with RealTime racing, is campaigning two Acura TLX GT cars in the Pirelli World Challenge. In its most recent outing, Acura’s Ryan Eversley completed a sweep of the doubleheader race weekend at Road America. Acura and RealTime will compete in the Pirelli World Challenge GT Class at Mid-Ohio on July 29 and 30.

Ken Zino is an auto industry veteran with global experience in print, broadcast and electronic media. He has auto testing, marketing, public relations and communications expertise garnered while working in Asia, Europe and the U.S.
View all posts by Ken Zino →
This entry was posted in racing and tagged autoinformed, autoinformed.com, Ken Zino, NSX GT3. Bookmark the permalink.