Airline On-Time Performance Improves in May 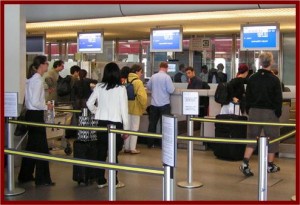 In its next move to regulate airlines DOT is considering requiring that all optional fees be disclosed wherever consumers can book a flight.

The largest airlines in the U.S. reported an on-time arrival rate of 83.4% in May, up from the 77.1% on-time rate of May 2011. This was down from April 2012’s 86.3% rate, according to the U.S. Department of Transportation’s Air Travel Consumer Report released today.

Weather is a factor in both the extreme-weather category and the aviation-system category. This includes delays due to the re-routing of flights by DOT’s Federal Aviation Administration in consultation with the carriers involved. Weather is also a factor in delays attributed to late-arriving aircraft, although airlines do not report specific causes in that category.

*Virgin America canceled one flight in May.** Hawaiian Airlines canceled three flights in May.

The larger U.S. airlines have been required to file complete reports on their long tarmac delays for domestic flights since October 2008.  Under a new rule that took effect Aug. 23, 2011, all U.S. and foreign airlines operating at least one aircraft with 30 or more passenger seats must report lengthy tarmac delays at U.S. airports.

Also beginning Aug. 23, carriers operating international flights may not allow tarmac delays at U.S. airports to last longer than four hours.  There is a separate three-hour limit on tarmac delays involving domestic flights, which went into effect in April 2010.  Exceptions to the time limits for both domestic and international flights are allowed only for safety, security or air traffic control-related reasons.