Toyota’s production-ready Ultra-compact battery electric vehicle due for commercial launch in Japan in 2020.

Akio Toyoda at a press briefing during the always wacky Tokyo Motor Show wanted to talk about people, not the cars that are the foundation of  global automaker he leads. However, instead of the usual marketing babble, a 21st century one emerged as a laughing Toyoda posed questions in these vastly uncharted times of bold new automobility and electrified vehicles.

In the midst of the collective industry madness that is on expensive display during Motor Shows, Toyoda observed that “when various kinds of information are linked, one would expect communities, society, and, of course, cars, to become more centered on people.” 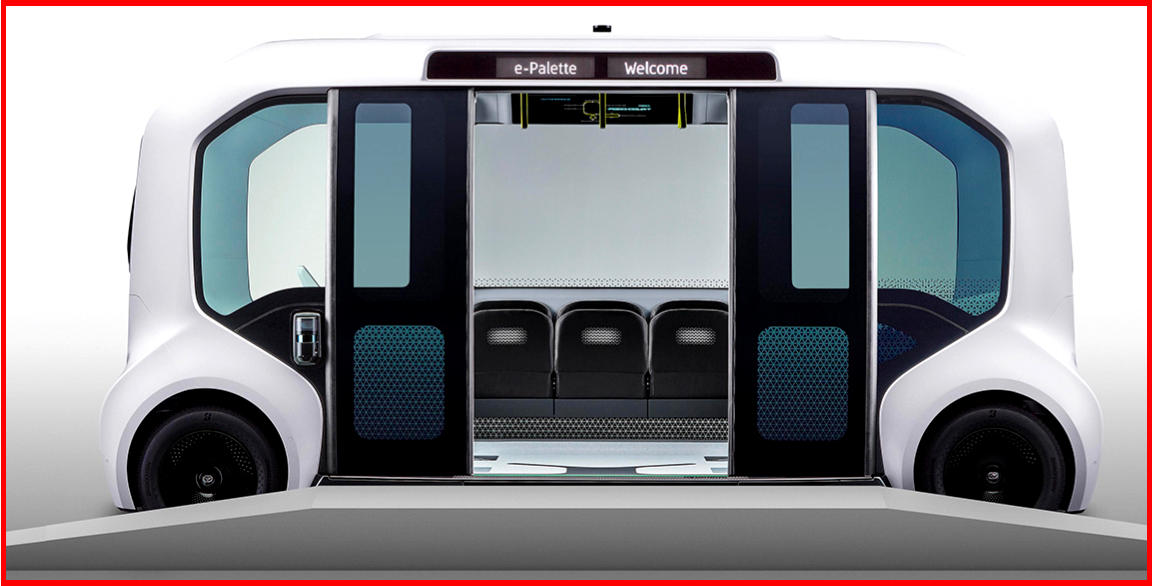 Enter the “e-Palette” that is scheduled to debut at next year’s Olympic and Paralympic Games Tokyo 2020.

Veterans of the car wars will note that here comes another concept flotsam to join a sea of them from motor shows past. But to an unknown degree of seriousness, Toyoda posits that the shared mobility all automakers are pursuing will lead to people owning forms of mobility that are more, ahem, personal. Thus, the voice of the customer cliché’ reappears with its latest bold new grille. 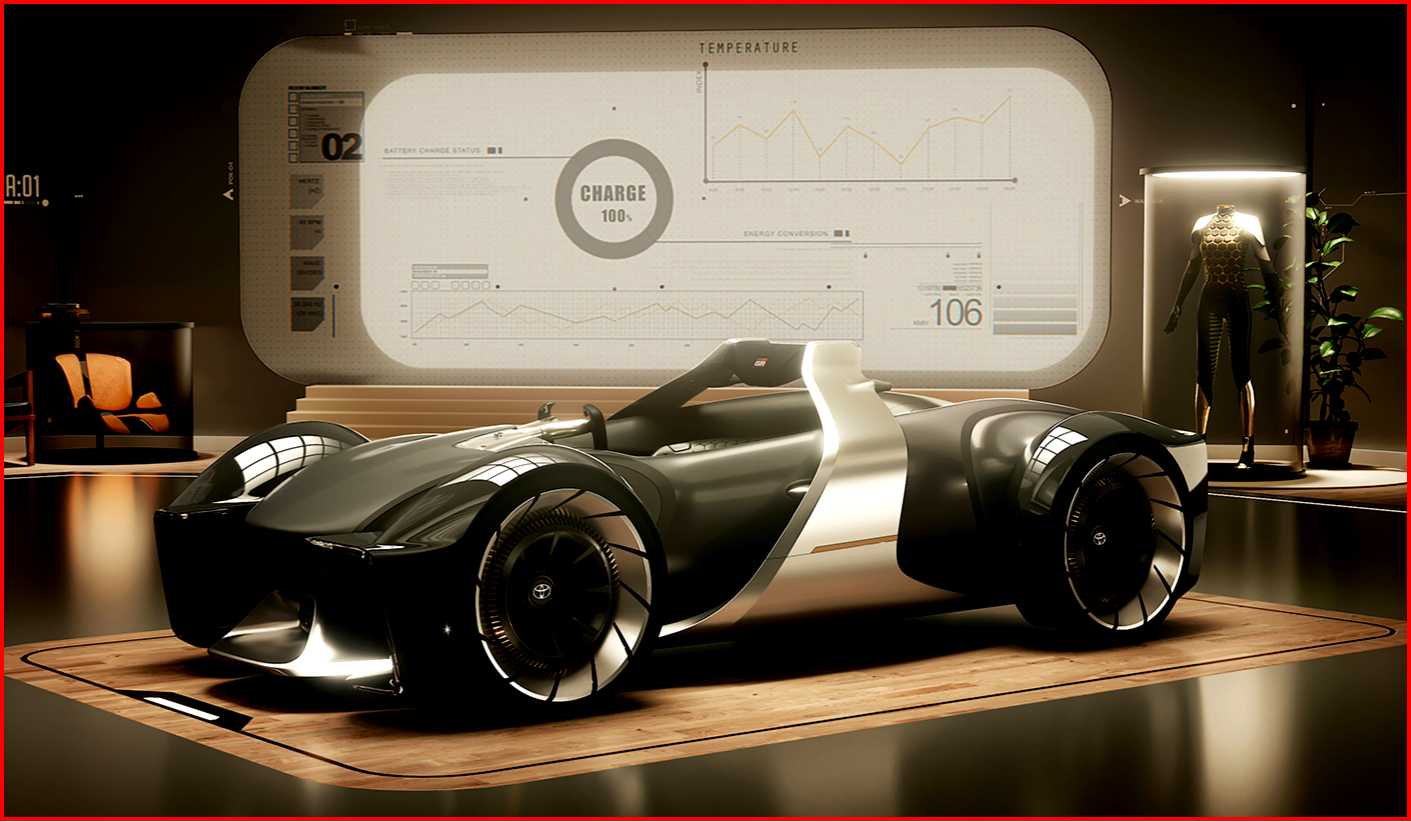 Err, or is that only possible after a video game is purchased? Enter the e-RACER, which appears to be more than vaporware. “The cars in everyone’s garages will all be sports cars, like this e-RACER,” he said. “Well, that’s a little overstating it, but… wanting to move about as one wishes, …and wanting to go faster and farther…are, I think, universal human desires.”

Yes, agreed faster, farther. But what to make of all the single-occupant vehicles and Amazon vans clogging our streets – if you build them, more will come, ad infinitum…

“Note that the birth of the automobile led to 15 million horses being replaced by cars in the United States,” Toyoda said. “But still, we have racehorses. The joy of riding a horse can hold its own against or even outdo what cars have to offer. If there is an obstacle, a horse can avoid it. If there is a hole in the ground, a horse can make its own judgement and jump over it. Horses can communicate with people and their hearts. For people who ride them, horses are irreplaceable, Toyoda said.

Wacky marketing babble alert: “Through the evolution of artificial intelligence, I think that cars, too, can also become able to communicate with people and their hearts. that’s right… I think cars of the future will be like horses. If we look at shared forms of mobility, such as the e-Palette, as if they were horse carriages, forms of mobility owned by individuals, like the e-RACER, would be beloved horses.”

Toyoda says that this means that our future society of mobility will be a society in which horse carriages and “beloved horses” co-exist.
And what people want of “beloved horses” is heartfelt communication and the joy of moving together.

Sounds to me like these people will be as lonely as the occupant of a Japanese capsule motel. Look at all those mostly empty sport-Utes cutting off people on our roads. Solipsism in an SRV?

“Our theme is life in the future centered on people…At any rate, today, the focus is people. Society today is rapidly advancing toward automation, such as in the form of artificial intelligence and robotics,” he said.

The key words are “people connected,” concluded Toyota. But connected to what? Their video screens?