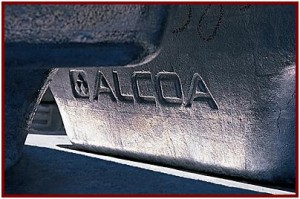 Aluminum use has grown every year for the past 40 years in automotive applications and it is now the second largest material in a vehicle behind steel.

With the auto industry now pursuing composites to reduce weight to meet increasingly stringent emission and fuel economy standards, the increased supply of lightweight aluminum alloys could find its way into mass production automobiles. The question is at what rate?

At the moment the alloys only appear to make sense when compared against products that make extensive use of composites, a condition that doesn’t apply in automobiles where carbon fiber applications are only used in exotic and rare applications.

Nevertheless, there is an ongoing fight between steelmakers and aluminum makers over the use of various versions of the materials. Here, which material to use isn’t necessarily clear cut. On a pound-for-pound basis, there’s no longer much of a price difference between advanced high strength steels (about 50% of the steel in a current vehicle is AHSS) and aluminum. (See Steel and Aluminum Industries in Fuel Economy Design Fight) As a result, aluminum use has grown every year for the past 40 years in automotive applications and it is now the second largest material in a vehicle behind steel. Automakers have predicted that the amount of aluminum in vehicles will double by 2025.

Even so, General Motors and Teijin Limited, Japanese company with roots as a textile maker, are currently developing advanced carbon fiber composite technologies for potential high-volume use in GM cars, trucks and crossovers. Teijin has a carbon fiber reinforced thermoplastic (CFRTP) technology that is a faster and more efficient way to produce carbon fiber composites that potentially could be introduced on mainstream vehicles. GM currently uses small amounts of carbon fiber on expensive, limited edition models of the Corvette and Camaro.

Teijin claims it can mass-produce carbon fiber-reinforced thermoplastic components with cycle times of under a minute. Conventional carbon fiber-reinforced composites use thermosetting resins that require much longer curing times in a mold, which is why they are only used in exotic cars. Toyota – also with textile roots – uses carbon fiber on the Lexus LF-A; BMW and Porsche are also actively pursuing increased applications of carbon fiber in somewhat lower priced, somewhat higher production vehicles.(See Camaro ZL1 Coupe Priced at $54,995 for 2012 Model)

Alcoa says the new aerospace alloys provide the best strength-to-weight performance among its alloys, combined with better stiffness and corrosion resistance. The alloys are used in extrusions, forgings, sheet and plate applications in aircraft structures, including wings and fuselage pieces. Alcoa introduced the new materials last June, claiming they allowed so called airframers to build “dramatically” lighter and lower-cost short-range airplanes at “significantly lower production risk” than composite-intensive planes. The response has been strong enough to increase capacity.

The new technologies are said to:

The largest of the aluminum lithium capacity expansions is a $90 million greenfield facility to be constructed adjacent to Alcoa’s Lafayette, Indiana plant. When completed in 2014, the facility will produce more than 20,000 metric tons of aluminum lithium and be capable of casting round and rectangular ingot for rolled, extruded and forged applications.

Alcoa is also increasing production at its Technology Center in Upper Burrell, Pennsylvania where aluminum lithium capacity is being expanded 30%; and Alcoa’s Kitts Green plant in the United Kingdom has upgrades underway that will create additional casting capacity.

“When completed, our aluminum lithium supply chain will be the premier operation in the world, capable of making the widest breadth of products in the most efficient manner – there will be nothing like it anywhere,” says Eric Roegner, President of Alcoa Forged and Extruded Products.