Alexandra Ford English to Join Rivian’s Board of Directors 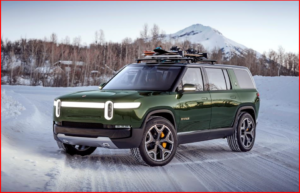 The announcement comes at crucial point for Ford Motor as analysts are speculating that future of a challenged Ford – operational competence, liquidity, as well as quality and warranty issues – will require a merger with another global automaker, perhaps Volkswagen. (Bill Ford has been quoted – second hand – by insiders as saying “No.” Then after a pause “Hell No.”)

Ford Motor stock has been pummeled (less than $5 share) during the global Covid plague as Ford has reached to the credit markets for working capital to give it enough liquidity to survive a downturn that will be far bigger than the Great Depression that Republican Herbert Hoover ushered in and Democrat Franklin Roosevelt slow-walked out after a series of social reforms that created the middle class that is now threatened once again by plundering plutocrats and especially a global plaque. (Ford Restructuring – Mahindra Joint Venture Announced , Ford to Restructure European Business Once Again)

Ford also faces once again at its upcoming annual meeting a shareholder proposal that eliminates the voting advantage that Ford preferred stock gives to family member resulting in control of the company.  (US Q1 GDP Estimates – Negative Growth as Economy Retracts)

“Alexandra and I share a deep passion for mobility and electrification, and her connection to Ford’s long family role in transportation is something special. I am looking forward to working closely with her and the perspective that she will bring to the Board,” said RJ Scaringe, Rivian founder and CEO in an un-surprizing boilerplate statement. 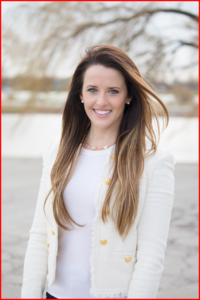 English joined Ford Motor Company in 2017. Prior to joining the corporate strategy team, she was a member of the Ford Autonomous Vehicle team and a member of the City Solutions team.

Before joining Ford, she was responsible for managing profit and loss operations in the merchandising divisions of Tory Burch in New York and Gap Inc. in San Francisco. English holds a bachelor’s degree from Stanford University and a master’s degree from Harvard Business School.

Rivian says it develops electric vehicles, technology, and services. Rivian has development centers in Plymouth, Michigan; Northern California; Southern California; Vancouver, Canada, and Surrey, England; along with a 2.6-million-square-foot manufacturing plant in Normal, Illinois. It’s largely unproven. Rivian will launch its products in the US in 2021, with introduction to international markets following. Rivian is accepting preorders on its R1T and R1S. More information is available at rivian.com. (Rivian to Develop Lincoln’s First All-Electric Vehicle)