An Alfa Romeo Stelvio Quadrifoglio lapped Nürburgring in a record 7 minutes 51.7 seconds, fastest time ever posted by a production SUV, according to Alfa.

The top-of the line Stelvio has the best-in-the-silly-class at 505 horsepower, thereby powering it from 0-60 mph in 3.9 seconds with a top speed of 177 mph.

The mid-size SUV was named for a challenging driving road, not a track – the meandering Stelvio Pass. 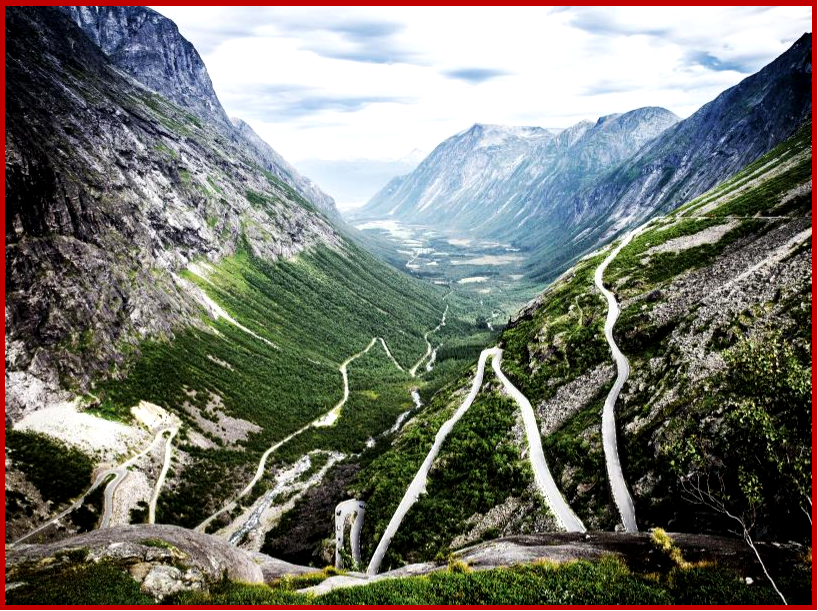 The place that named Stelvio.

As stated, the Stelvio Quadrifoglio lapped the 12.9-mile Nordschleife (north loop) in a record 7 minutes 51.7 seconds. Footage of the record lap can be seen at YouTube.com/AlfaRomeoUSA. The Stelvio Quadrifoglio record was established by Fabio Francia, the same Alfa Romeo driver who also set the track record for the fastest four-door sedan in the world on the Nürburgring with the Giulia Quadrifoglio in a time of just 7 minutes 32 seconds.

The crossover all-wheel-drive SUV has an all-aluminum, direct-injection, 2.9-liter 24-valve twin-turbo intercooled V6 engine rated at 505 horsepower and 443 lb.-ft. of torque, and a standard Q4 all-wheel-drive system. This means segment-leading V6 torque and the most horsepower per liter in its class.

Expensive advanced technology of unknown durability unique to the Stelvio Quadrifoglio include a four-mode “Alfa DNA Pro” selector with Race mode, torque vectoring differential, an adaptive suspension, a 200-mph speedometer (top speed is 177?)and cylinder deactivation system for fuel efficiency – as if anyone buying this beast cares.