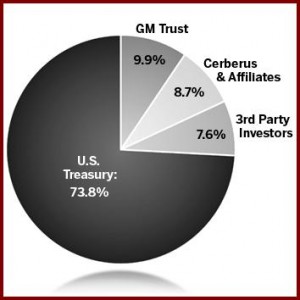 One wag suggested that it isn't surprising that pigs feeding at the taxpayer trough squeal.

The Federal Reserve late yesterday said that its latest round of bank stress tests show that the majority of the largest U.S. banks would have adequate capital under an extremely adverse hypothetical economic scenario. Flunking the test however was Ally Financial, formerly GMAC, which was subject to a huge taxpayer financed bailout of more than $17 billion.

Taxpayers still own more than 70% of Ally, with the owner – the Fed – saying it does not have enough capital to endure a theoretical recession that would produce an unemployment rate of 13% percent, a 21% drop in housing prices and as economic slowdowns in Europe and Asia. This admittedly severe test – surpassing even the Bush Administration’s dismal record of economic stewardship – may or may not be anything more than an academic exercise.

In what I take to be a gratuitous insult to taxpayers, Ally added, “Further, the Federal Reserve has not objected to the ongoing payments of preferred dividends and interest on the trust preferred securities and subordinated debt.”

Darn right we expect you to pay interest on the loans.