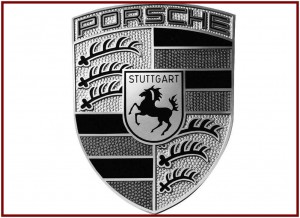 The U.S. remains one of Porsche's largest markets, and U.S. taxpayers still provide the bulk of Germany's defense, but the German Government refused to support the U.S. in Libya.

Today United Against Nuclear Iran (UANI) joined New York City Public Advocate Bill de Blasio in announcing that Porsche AG has ended its business in Iran. In a statement, the pressure group headed by former U.S. Ambassador Mark D. Wallace, said Porsche officials have confirmed that the company is no longer “engaged in any business or providing any goods or services in Iran,” and “has no intention to conduct business in Iran in the near future.”

The campaign’s most visible targets are 12 global automakers that continue to sell vehicles in Iran – and UANI says to Iran’s military – despite the latest round of economic sanctions from the United States and the European Union. The automakers hold millions of dollars in contracts from the U.S. Defense Department or other government agencies.

In the view of some, this is a perfect example of the hypocritically bad behavior of global corporations supporting terrorism and repression abroad in the pursuit of profits against the policies of their home governments, whose democratic laws protect them and provide for the well being their stockholders and executives.

UANI has developed model legislation, The DRIVE Act, to force auto manufacturers to choose between American taxpayers and the regime. The DRIVE Act requires automakers to certify they are not engaged in any business in Iran, or engaged in the implementation of any agreement with Iranian entities in order to be eligible for U.S. government contracts or financial assistance.