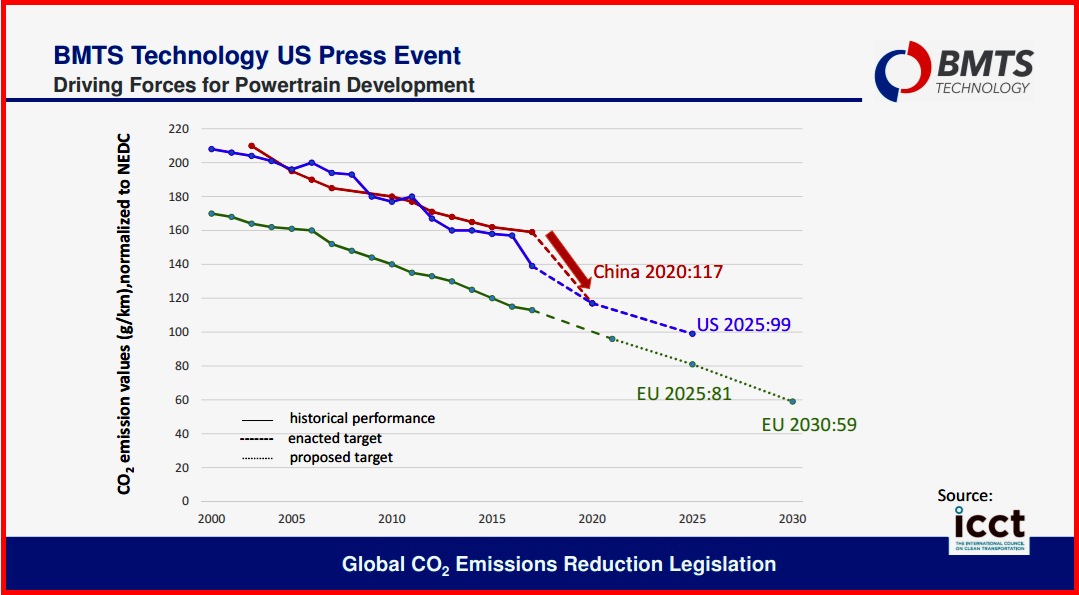 AutoInformed thinks Euro VII, or whatever it’s called, is the beginning of the end of combustion engines. This is the start of a move to full electrification of transportation.

A recent series of test drive and presentations from BMTS Technology, a global manufacturer of exhaust gas turbochargers, answered and then raised many questions about the future of forced-fed induction in gasoline engines from a remarkable range of BMTS turbocharger products currently available from automobile manufacturers on closed loops and timed courses. 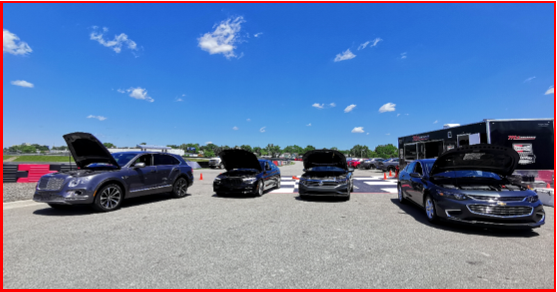 Given the explosive growth of electronic controls not only for engines, but transmissions or transaxles and brake and suspension components, there is more flexibility and much more refinement possible than I ever imagined long ago and far away when Saab was, arguably, the most devout practitioner of using exhaust gas recovery to increase the volumetric efficiency and output on its small – by ‘Merican standards – gasoline burners; but then I still remember two-cycle Saabs for the great hill-climbers they were.

The questions resulting revolve around what is driving automotive development these days – global warming, CO2, political pressure and government regulations are now writ large – and arguably – the dominant and increasing factors in automotive design. With technological development forced to pursue those goals above all.

Add in the dirty business of trade and tariffs as one way to control the wealth and job creation of automobility and the supplier game is no longer for the weak of pocketbook or those that adhere to such demonstrably false ideologies of free trade benefiting all.

The technology comes from pedigree. Founded in 2008, Bosch Mahle Turbo Systems (“BMTS”) was formed as a joint-venture between the Bosch Group and MAHLE Group to develop leading turbocharging technology.

That was before and embarrassed EU was forced to put some real teeth in technology enforcement when German Automakers aided by Bosch flagrantly cheated on diesel emission standards. The auto industry and its suppliers – notably Volkswagen, Porsche and Audi – are still dealing with the consequences of more stringent testing and an onslaught of emission regulations – including banning high performance cars – with proposals to ban all cars – from congested inner cities

In 2018, BMTS was sold and “BMTS Technology” was established. Serving both US and Global Customers, BMTS Technology continues to set what appears to be a benchmark for exhaust turbochargers with more than 600 patents worldwide. The German OEMs, either by luck or prescience – decided to pursue electro-mobility, leaving an opportunity for a larger niche player.

BMTS has done much research and investment in reducing inefficiencies, reducing oil consumption and reducing emissions, according to Dr. Nisar Al-Hasan, now Chief Technology Officer of BMTS. At first this was a straight arbitrage play – reduce the prices by using non-unionized or cheaper labor in Austria, Mexico or China for the parent or donor companies; then pursue new customers with the lower prices.

BMTS is predicting the demand for turbocharged engines at a CAGR of 21% from 2018 to 2024. Under new leadership, the core competitive advantages of BMTS – as they exist now – has become the focus.

Brian Vivio, Director of Sales, Application and Engineering Center in the US, emphasizes the advantages of advanced technologies and global layout optimization. In addition to supporting existing production sites in Germany, Austria, and China, the BMTS US office also provides local customer support and Research and Development in the North American region. However, it’s a global business plan.

In Europe, the United States, and China, standards for vehicle emissions are continuing to tighten. China plans to reduce its carbon dioxide emissions to 117 g/km by 2020, the US by 2025 to 99 g/km, and the EU by 2030 to 59 g/km. U.S. OEMs in defiance of the Trump mis-administration that repealed much need fuel efficiency standards have cut a deal with California and 23 following states to reinstate Obama Administration’s breakthrough fuel economy CAFE standards.

In order to meet these emission targets, OEMs around the world are developing smaller displacement engines. BMTS has been a leading supplier in for 1.2L-1.5L engines, selling to Volkswagen, GM, PSA, and other key customers to achieve these stringent emissions targets.

Neal Karwande, Global Sales Director claims, “Despite the projections of battery electric vehicles up to 2030, traditional internal combustion engines, including hybridization, will continue to be in demand, supporting turbocharger growth.”

However, Consultancy LMC observes that VW group expects internal combustion engine (ICE) costs to exceed those of Battery Electric Vehicles (BEVs) in mass-market segments before the middle of the next decade because of the move to Euro VII.

“Whether that happens or not, we can be confident that Euro VII will hasten the move to hybridization,” says LMC. “Hybridization reduces the need for emissions control by shifting some of the power burden, and therefore emission creation, from combustion to electrical energy.” (so elsewhere emissions vehicles? – editor)

“Another potential impact is that vehicles sold in intensively cost-conscious segments, with low profit margins, may become uneconomical to produce in Europe. Carmakers have already hinted at such an outcome. The vehicles in question are typically Small Cars and their production base may shift, or they may simply not be offered for sale at all,” says LMC.

AutoInformed thinks that Euro VII or whatever it’s called is the beginning of the end for combustion engines. This is the start of the move to full electrification of transportation.