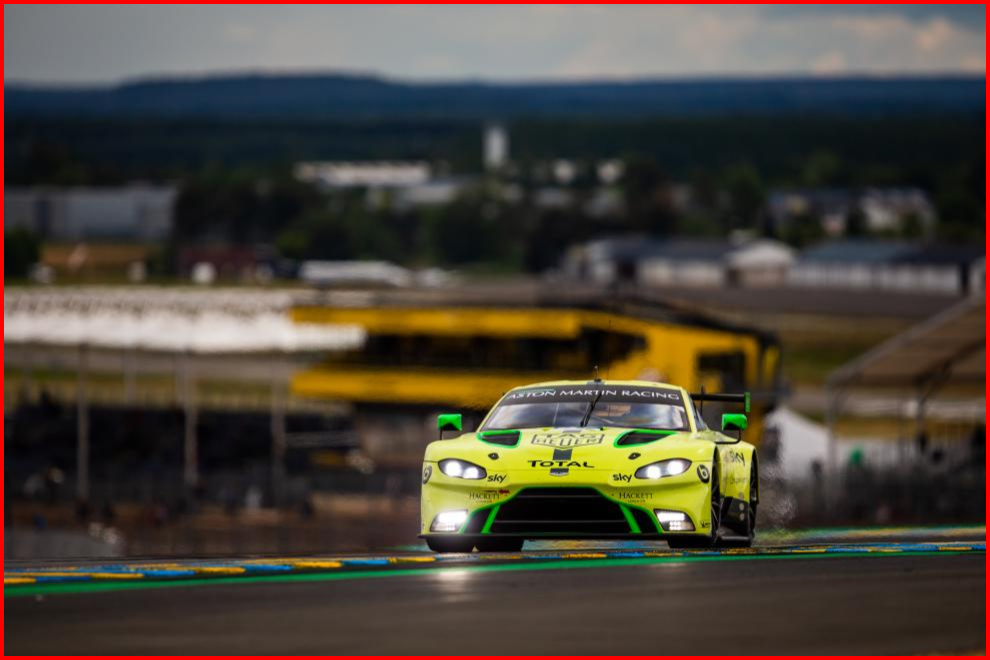 It’s more fun watching cars that look like and have some of the pieces of production cars. Stay tuned – rule changes coming to reflect this.

Aston Martin Racing is on the GTE Pro pole position for this weekend’s 87th running of the 24 Hours of Le Mans. It’s 60 years since a famous 1959 win led by team director John Wyer with a DBR1 driven by Roy Salvadori, and a man who would kick Ferrari’s “ass” many more times, notably with Ford GTs a few years later – Carroll Shelby, again working with Wyer. 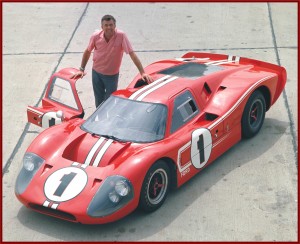 However, qualifying this year, as then, is just a half-breathe of a second  compared to finishing first after the clock goes ‘round two times.

Corvette Racing drivers Oliver Gavin and Jan Magnussen have celebrated victories on the Le Mans podium three times together – in 2004, 2005 and 2006. Gavin also won once prior, in 2002, and one time since, in 2015 with co-drivers Tommy Milner and Jordan Taylor in the No. 64 Corvette C7.R. All of Magnussen’s wins at Le Mans have come as a member of Corvette Racing.

In addition to representing Corvette Racing, Magnussen and Gavin are part of a larger group – 28 drivers to be exact – that are representing the WeatherTech Championship at this year’s 24 Hours of Le Mans. Both are WeatherTech Championship GT Le Mans (GTLM) champions, as Magnussen won the title each of the past two years with Garcia, while Gavin won the 2016 title with Milner.

The real pace is in the two LMP classes ahead of GTE, meaning that the Aston – as quick as it may be – is starting in the 29th position overall  behind the LMP2 cars, which start ~11 seconds behind the LMP1 cars.

Reigning 2018 Le Mans winner – LMP1 – Toyota has the #7 TS050 Hybrid on the pole position going into what is also Saturday’s FIA WEC Super Finale. Kamui Kobayashi set the fastest time after clocking 3:15.497 in Q2, his second pole at the 24 Hours of Le Mans.

LMP2 – the fastest cars are starting in the 9th (3:25.345) through 28th grid positions – was equally competitive with just 0.594s separating the top three cars.  The #39 Graff entry narrowly took pole* over the #28 TDS Racing Oreca 07-Gibson car with Loïc Duval posting a time of 3:25.345 for the WEC entry in the third and final qualifying session.*

(*Following Scrutineering, Graff’s first 16 lap times from Q3 were deleted after the team were penalized for failing to stop at the weight bridge when signaled to do so. The result elevates #28 TDS Racing into pole position for Saturday’s race, with DragonSpeed second and Signatech Alpine Matmut third.)

The #11 DragonSpeed Oreca 07-Gibson had proved quickest during Q1 and Q2 but was unable to keep up the pace for Q3. The #36 Signatech AlpineA470 Matmut – which is challenging Jackie Chan DC Racing for the LMP2 title this weekend – was third out of the WEC entries.