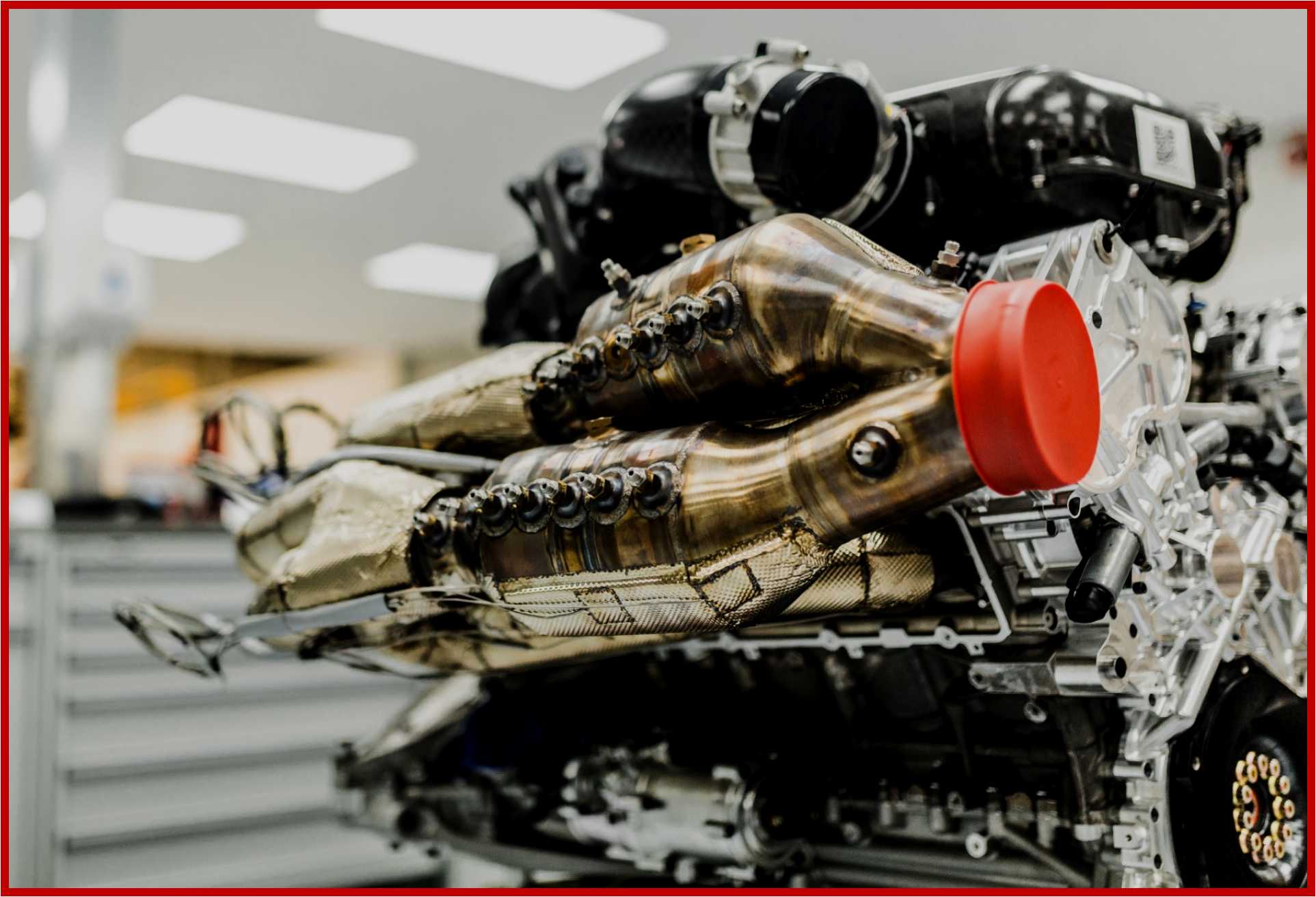 Aston Martin says that a new naturally-aspirated 6.5-liter V12 produces 1000 horsepower  at 10,000 rpm with a maximum rpm of 11,100. Developed in conjunction with longtime technical partner Cosworth, the new 65-degree bank V12 engine is a fully-stressed part of the chassis yet weighs only 206 kg. Aston claims that it is street legal for emission levels,  and – in the subjective auto marketing  realm – durable. It will be heart of the new Valkyrie model when the super sports car appears next year.

The program – it’s claimed – called for a normally aspirated engine. Aston notes, correctly, that turbocharging has come of age and offers significant and widespread benefits, especially in road applications. However, what is arguably the greatest driver’s car of the moment needed an internal combustion engine that is the “pinnacle for performance, excitement and emotion.” Rationalization or reality here? Ultimately a peck of ultra-wealthy buyers will decide.

With thi outrageous output from an internal combustion engine, Valkyrie’s performance figures will be further enhanced by a battery hybrid system, details of which will be revealed later in the Chinese-like drop-by-drop publicity strategy.

Cosworth’s F1 expertise is said to be proven by the engine’s weight, which also set new standards. Given the engine is a fully stressed element of the car – remove the engine and there is nothing joining the front wheels to the back – and the level of technology in the combustion system, keeping weight down was challenging. Cosworth actively avoided use of extreme materiel alloys which are so new that material properties over time are unproven, which likely means nothing to prospective zillionaire buyers.

Major castings, viz – block, cylinder heads, sump and structural cam covers, along with the balance of the engine’s internal components that are machined from solid material, add to the 206-kilogram engine. These include machined titanium connecting rods and pistons. What’s said to be an ultra-fine machining process means consistency and components optimized  – one hopes – for minimum mass and maximum strength.

For comparison, consider that Cosworth’s 3.0-liter V10 F1 engines (the last before weight limits were imposed by the FIA) weighed 97 Kg. If scaled to 6.5 liters this pure – just bring money and lots of it – racing engine would weigh 210 kg.

An example of the painstaking optimization is the billet machined crankshaft. Starting as a solid steel bar 170 mm diameter and 775 mm long, it is first roughed out, then heat treated, finish machined, heat treated again, gear ground, final ground and super-finished. Upon completion 80% of the original bar has been machined away and six months have passed. The result is a crankshaft that is 50% lighter than that used in the Aston Martin One-77’s V12 – itself a Cosworth-developed evolution of Aston Martin’s series production V12 and, for a time, the world’s most powerful naturally aspirated road car engine.