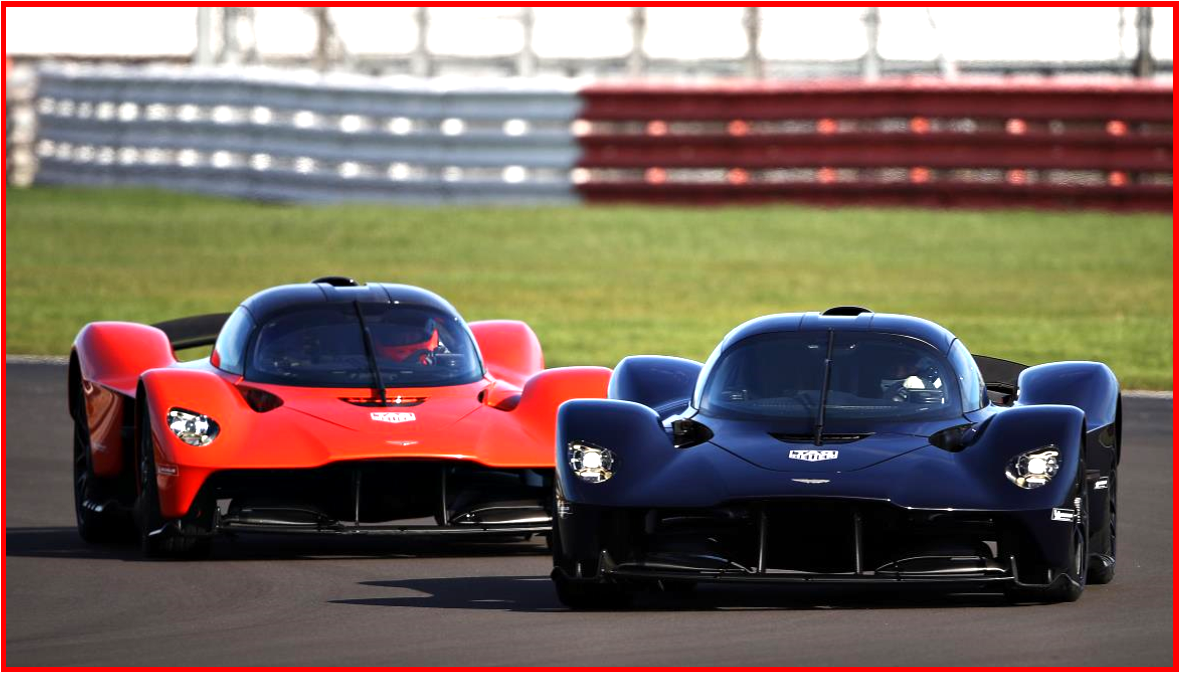 “Of course it’s still in the development phase but you can already feel the pace, which compared to a normal car is… pretty different!…

Each verification prototype – there will be eight built – is exposed to a variety of tests to develop and validate specific attributes that contribute to achieving the performance of what Aston boasts will be the world’s fastest ever road-going hypercar, with a price to match. (Season of Luxury Lifestyle with Aston Martin, Aston Martin to Launch Expensive Track Experience Program, Aston Martin DBS Superleggera. A £300K Movie Prop)

Eight-time Grand Prix winner Max Verstappen came away, not surprisingly,  gushing about his first laps in the Valkyrie. “I was here at Silverstone to watch the first runs of the Aston Martin Valkyrie at the British Grand Prix last year,  but of course it’s always better to be behind the wheel yourself, and to be one of the first guys to drive an insane car like this was really exciting. It was amazing to get a first taste of it,” said Verstappen. (https://www.youtube.com/watch?v=_93SOUfr4Z0)

He added, “Of course it’s still in the development phase but you can already feel the pace, which compared to a normal car is… pretty different! The Aston Martin Valkyrie and its levels of downforce are incredible, and it looks super aggressive. It was a lot of fun out there.”