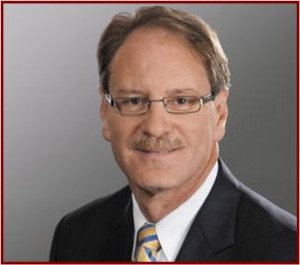 Infiniti is a mere footnote in the global luxury sales race led by the Germans and Lexus.

Nissan’s luxury brand Infiniti announced today in Yokohama that Johan de Nysschen would join the company as senior vice president of Nissan Motor Company in charge of the Infiniti division, effective 1 July 2012. De Nysschen will be located at Infiniti’s new global headquarters in Hong Kong, which officially opened on 22 May. Infiniti claims it will triple global sales between 2012-2016, while meeting the corporate goal of 8% return on sales.

“We have exciting and ambitious plans for improving the Infiniti brand including introducing new models in all markets where premium customer demand exists,” said Palmer. Parent company Nissan does not break out Infiniti sales numbers in its monthly global sales release, perhaps because the are so low.

Infiniti launched its first vehicles on 8 November 1989. Two models were offered, the Infiniti Q45 sedan and the M30 coupe, with sales limited to the U.S. and Canada. Its ‘rocks and trees’ advertising and marketing campaign at the time emphasizing Japanese aesthetic values, and was in direct contrast to Toyota’s Lexus brand also launching at the same time which targeted the Mercedes-Benz S-Class with the underpriced $36,000 LS 400. German luxury car executives initially mocked the car at introduction, a technological and ultimately sales and quality and cost of ownership phenomenon. Lexus went on to become the best selling luxury brand in the U.S. Year-to-date Lexus has outsold Infiniti at 46,000 to 16,000 or almost a 3:1 ratio.

Infiniti started its first expansion outside of North America in 1997 when it established a sales network in Taiwan. This was followed by gradual expansion in other markets such as in the Middle East, South Korea, Russia, the Ukraine, China and Western Europe. Today, Infiniti vehicles are sold in 46 countries and regions.