Aussie Will Power Wins the 102nd Indianapolis 500 for Penske 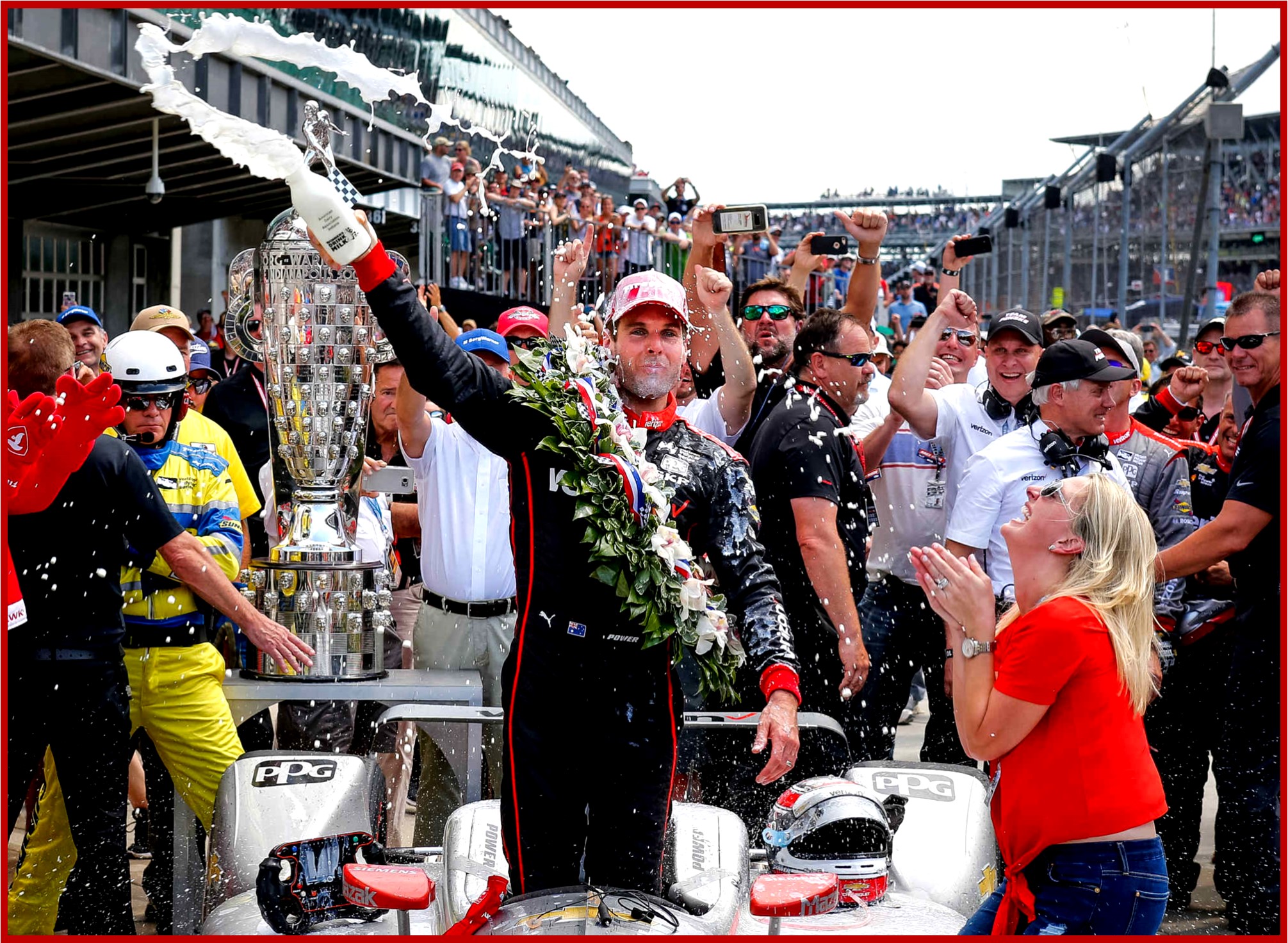 Will Power (center), Elizabeth Cannon Power (right) at the 2018 Indianapolis 500.

Australian Will Power took his seventh win in Indy Car racing at the Brickyard on Sunday. Power led a 1-2 Chevrolet sweep of the 102nd Indianapolis 500 with a 3.1589-second victory over pole-sitter Ed Carpenter. It was Power’s first 500 victory. The high-speed drive around the four-turn oval was worth more than $5000 a lap in purse. Power is the 72nd different driver to win the 500-Mile Race and tied Al Unser Jr. for eighth on the all-time Indy car list with 34 victories. Chevrolet has powered six of Penske’s wins in “The Greatest Spectacle in Racing.”

Penske has done far better than Chevrolet with 17 victories in the run for the Hoosier milk, which Power spilled all over himself, the parade Queen and others in the winner’s circle. Alongside him his wife, Elizabeth Cannon Power, was lovingly hysterical and elated when she started breathing again and could speak. Elizabeth was as entertaining as the race, and an award should be created in her honor for future effusions of such joy.

Penske Corporation via Team Penske put four open-wheel cars on the starting grid this year. No. 1 driven by reigning Indy Car Champion Josef Newgarden, pole-sitter Ed Carpentor, Hélio Castroneves failing in a bid for a 4th 500 victory, and the No. 22 by Simon Pagenaud – formidable racers all. Castroneves won the Indianapolis 500 three times – 2001, 2002 and 2009 – with Team Penske. 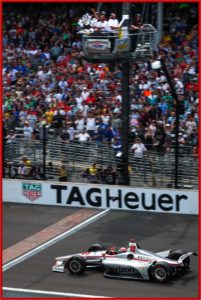 Power, the 2014 IndyCar Series champion, started on the outside of the front row in the No. 12 Verizon Team Penske Chevrolet for the 200-lap race in a hot 91-degrees ambient temperature – 130-degrees on the track in places. He led 59 laps. the best Penske Indy car Diver, arguably 4-time Indy winner Rick Mears – and it’s a 500-mile long debate at least –  holds the record of pole winners at six.

Power was overwhelmed at the finish. “I can’t describe it. I feel like collapsing. I want to cry. I was wondering if I would ever win it and thoughts went through my mind during the month,” said Power, who in 10 previous starts came closest to winning in 2015 with a runner-up finish to fellow Team Chevy driver Juan Pablo Montoya. “This was the last box to tick, but I’m not done.” Chevrolet claimed its 10th Indianapolis 500 victory dating to 1988 when Rick Mears won from the pole for Team Penske.

Since its return to Verizon IndyCar Series competition in 2012 with the 2.2-liter twin-turbocharged, direct injected V-6 engine, Team Chevy has posted three 1-2 finishes. “Will Power showed speed all month and today he delivered a huge win for his team, Roger Penske and Chevrolet,” said Jim Campbell, U.S. vice president of Performance Vehicles and Motorsports. “Will and his crew never gave up all race. They kept making the right adjustments on the car at the right time, and Will simply drove a great race. The Chevrolet Indy V-6 delivered the right combination of power, durability and efficiency all race long.

Ed Carpenter was also fast during May, taking the pole, leading 65 laps, finishing runner-up, as noted a 1-2 finish for Chevrolet. Power, the first Australian to win the Indy 500, became the first driver to win on both the Indianapolis Motor Speedway oval and the 2.439-mile, 14-turn road course that incorporates sections of the 2.5-mile oval to complete a May sweep. He’s won three of the past four years on the permanent road circuit.

Simon Pagenaud, who started second in the No. 22 Menards Team Penske Chevrolet, finished a career-best sixth in the race. Josef Newgarden, driving the No. 1 Verizon Team Penske Chevrolet, completed the Team Chevy top 10 with an eighth-place finish. A single-car incident in Turn 2 on Lap 68, ended Danica Patrick’s chance to become the first female Indy 500 winner. She claimed that it would be the last race of her motorsports career, as she returns to doing what she does best — marketing herself.