A study last year by Frost & Sullivan said the South Korean market is less favorable for European mass-market cars to gain sufficient volume to compete profitably with the domestic brands.

European automakers are protesting that EU-South Korea FTA one year later has resulted in massive increases for Korean exports of passenger cars, yet only relatively modest gains for the EU auto industry. The European Automobile Manufacturers Association (ACEA) took the opportunity of the first anniversary of the Korean FTA coming on 1 July to draw attention to what it called an “unbalanced situation.”

During the period from 1 July 2011 to 31 May 2012, Korea exported 400,000 domestically made passenger cars into the EU, which is an increase of 40% from the same period one year earlier.  By contrast, over the period Korea imported 73,000 European passenger cars, which represents an increase of 13%. In 2010 European automakers sold about 32,000 cars in South Korea (not counting GM Daewoo), while South Korea exported more than 666,000 vehicles in Europe in 2011.

The taxpayer fed bureaucrats of the European Commission sitting in Brussels, not surprising, defended the deal. 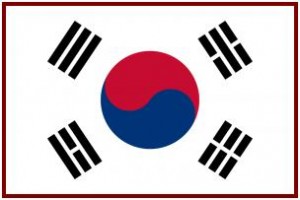 “The deal as it stands offers an unfair competitive advantage to Korean industries with negative consequences for employment levels in Europe,” ACEA maintains.

“The successful implementation of the EU-South Korea Free Trade Agreement shows that EU trade policy is on the right track. This agreement is already proving its worth as an important step on Europe’s path to economic recovery,” said EU Trade Commissioner Karel De Gucht. “This next-generation trade agreement, along with others in the pipe-line, is a key part of Europe’s growth strategy.”

The deal is significant because the European Union is South Korea’s largest trading partner, with the bilateral trade increasing to €63.6 billion (~$90.2 b) in 2010, a 17% increase from €54.3 billion in 2009 in spite of Europe’s ongoing Great Recession and Depression levels of unemployment. South Korea’s economy is the EU’s sixth most important trading partner outside Europe (behind the U.S., China, Japan, India and Brazil) and tenth overall. The EU is among South Korea’s top four largest export destinations together with China, Japan and USA.

A study last year by consultancy Frost & Sullivan said the South Korean market is less favorable for European mass-market cars to gain sufficient volume to compete profitably with the domestic brands. Even though three out of every four foreign cars sold in South Korea is of European origin, the tiny European volumes do not come anywhere near to addressing the auto trade imbalance. European luxury carmakers have a better chance in Korea where they hold almost 15% of the market.

“It is still too early to say if there is a direct relationship between the entry into force of the FTA and the increase in trade flows,” countered ACEA Secretary General Ivan Hodac. “What is clear however is that European exports are being hampered by the continuing existence of automotive non-tariff barriers (NTBs).”

The year of 2012 by Christian reckoning marked the entrance of Hyundai Motor Europe into ACEA membership since it makes cars there. Kia is not a member. The irony is that most European automakers clearly remain opposed to the terms of the Korean FTA. Hyundai Motor Europe Technical Center is located in Rüsselsheim, Germany. Hyundai has invested €1.1 billion in its manufacturing plant in Nošovice in the Czech Republic, which currently produces more than 50% of its vehicles for the European market and employs about 2,600. A third shift is planned this summer.

In May of 2011, Hyundai exported its 5 millionth vehicle since imports to Europe began in 1977. The South Korean automaker is planning to double its market share in Europe to 5% in 2013. GM Daewoo is another big winner under the EU-South Korea FTA.

Automobiles are now the largest export product of the South Korean economy. Its car industry with a production of 3 million cars per year, of which 2 million (64%) are exported – 300,000 of which were sent to the EU in 2010. ACEA points out that by contrast, 74% of cars produced in the EU are also registered in the EU. Because of its size and importance, the EU is a key target market for Korean manufacturers, but “uneven implementation will place the whole EU economy at a disadvantage,” according to the trade group.