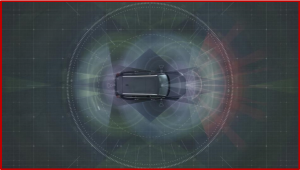 As a part of the autonomous driving project Drive Me, Volvo Cars will use self-driving cars in real traffic – with ordinary people in the driver’s seat. Exact positioning and a complete 360° view of the car’s surroundings. A network of computers processes sensor information, generating a real-time map of moving and stationary objects in the environment.

Young consumers are much more trusting in automotive technology, paving the way for autonomous drive vehicles, according to the J.D. Power 2016 U.S. Tech Choice Study released today at the Automotive Press Association in Detroit.

Yet automakers are introducing advanced safety and convenience features on upscale models that sell to older, more affluent pre-boomer and boomer age groups. Instead should they be targeting Gen Y (1977-94) and Z (only those born 1995-2000 surveyed) – buyers who are less affluent nut much more receptive to autonomous drive. That’s the question begged by the U.S. Tech Choice Study that is now in its second year. *

When it comes to autonomous drive cars, trust in the technology is directly linked to the age of the consumer. More than half of Gen Y[(56%) and Gen Z (55%) vehicle owners say they trust autonomous drive technology, compared with 41% of Gen X, 23% of Baby Boomers and 18% of Pre-Boomers.

The study finds that 59% of Gen Y vehicle owners say they are “definitely” or “probably” interested in fully autonomous vehicles, and 32% of them would pay $3,000 or more for the technology. Among the four alternative mobility types, interest levels are highest among all generations for autonomous drive mobility but .

The study finds that customers are most interested in a number of automotive technology features that make use of the underpinnings of fully automated vehicles, such as radar, sensors, light detection and ranging (LIDAR) and cameras. Features with high consumer interest include smart headlights, night vision, lane change assist, traffic jam assist, medical emergency stop, smart intersection and predictive vehicle control. Gen Y and Gen Z vehicle owners are twice as likely as

Gen X and Gen Z buyers are five times as likely as Boomers and Pre-Boomers to show interest in certain alternative mobility types, such as mobility sharing/co-ownership, journey-based ownership and mobility on demand.

The one view all generations share is a concern for technology security, specifically surrounding privacy and the potential for systems to be hacked, hijacked or to crash (either the vehicle or the system itself).

“The level of trust is directly linked to the level of interest in a new technology among automobile buyers,” said Kristin Kolodge, executive director of driver interaction & HMI research at J.D. Power. “Acceptance can be increased with exposure over time and experience with automated technologies. But trust is fragile and can be broken if there is an excessive number of incidents with automated vehicles.”

The 2016 U.S. Tech Choice Study was fielded in February through March 2016 and is based on an online survey of more than 7,900 consumers who purchased/leased a new vehicle in the past five years.

Ken Zino is an auto industry veteran with global experience in print, broadcast and electronic media. He has auto testing, marketing, public relations and communications expertise garnered while working in Asia, Europe and the U.S.
View all posts by Kenneth Zino →
This entry was posted in electronics, engineering and tagged apa, autoinformed.com, Ken Zino, U.S. Tech Choice Study. Bookmark the permalink.