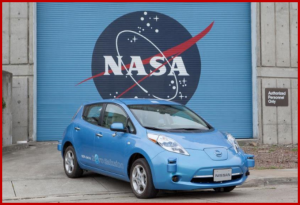 Does one ever dream about cars? Maybe after attending an auto show or a Concours if one is a collector? Sure, it happens all the time. Especially when one has been coveting the latest Chevy Corvette ZO6, Mercedes-Benz AMG GTS or maybe an Aston Martin V12 Vantage ES with new seven-speed manual worthy of 007 fame.

But emerging from a dead sleep with visions of what THE future of the driving world will be, for me, was totally unexpected. Yes, I’ve written about self-driving or so-called autonomous cars and their potential perils, and objections to finding oneself unable to tromp the gas pedal or brake or turn a non-existent steering wheel around a hairpin curve.

That’s the manna for those road warriors who grew up on gasoline fumes and could handle a stick shift before they passed middle school Phys Ed. And I’ve attended enough special presentations about the potential flaws in having a vehicle put you in the “back seat” as it takes over every function, to scare one into a futuristic funk about the prospect.

So where did this unsolicited, unpredictable vision of what our roads will look like in, say, maybe 50 or 100 years come from? Beats me. But it was so precise and visually detailed that I feel I must share it. If it’s anathema to anyone whose day isn’t right without a stint behind the human-controlled wheel of an auto or truck, my advice is to fight it. I’m only one person’s futuristic vision messenger.

Maybe that dream was spurred by a report coming out of J. D. Power presentation at the Automotive Press Association (APA) in Detroit cataloging attitudes and concerns among young and older drivers about self-driving cars that are predicted as our future of driving. Whatever the reason, it had a clarity that branded itself into my brain and stayed many hours after waking.

Here’s the “Transportation Appliance”© I saw in detail in that futuristic vision: A large, completely square object about the shape of an oversized ciabatta roll with smoothed edges and no exterior features whatever. Just a large blob – a shade of dark beige in my future vision (yes, I dream in color). There were no windows, no markings of side view mirrors, bumpers, windshield wipers or any of the usual, familiar accouterments we associate with any object – from motorcycle to semi – traveling down a road. (The vision didn’t provide a door either.) Why the plainness? Well, I guess it was what was inside that determined that.

In this interior cabin, kind of reminiscent space wise of the interior room of one of those suddenly fashionable tiny houses, was everything one would need for futuristic travel. Windows weren’t needed as every interior wall space was a wrap-around LCD screen that showed the actual outside view, or a national park scene, ocean surf or the latest film depending on one’s preference at the time. Individual seats and seat belts were a thing of the past because technology had advanced to the point that vehicle accidents simply never happened. (EMS crews were archaic as well.) So instead of being locked into individual seating positions, one could wander from one sectional seat to another.

There wasn’t any worry about falling if the vehicle suddenly stopped. Technology had advanced to the point that sensors knew far ahead of an impending need to slow down and avoid any knee jerk action. In fact, driving (or rather riding) was so smooth one rarely could tell the vehicle was moving.

Precision had advanced to the point that a whole line of these boxy squares could line up rather like a line of railroad cars and progress down a road in snake-like fashion obliterating the need for individual air flow concerns at speed as they were safely positioned merely inches apart. A vehicle needing to depart a tight parking space simply turned its wheels sideways and slid out. (I’m not sure why parking spaces would be needed then, as they are today, but I was just watching what showed up unsolicited on my dream screen. No editing involved.)

In my dream a friend and her husband were ecstatic about having one (yes, they still bought cars at this juncture). With a four-year-old son in tow they could travel as easily in this mini house as if they were at home. They’d catch up on gaming or movies on one area of wall while he could feast on his favorite cartoons on another. If he felt like it, dad could nap on the sofa.

Another aspect of the dream was housing at the time. These friends had bought a similar three-story, self-contained, windowless home, insulated from the outside world but with unlimited views thanks to LCD interior walls. It had an elevator, but even included stairways to all levels (mandated by health-conscious legislation at the time). So, obviously, they were conditioned to viewing things as today’s millennials are with eyes glued to a screen and an occasional glance up or to the right or left.

It seems that if auto makers want this kind of future vehicle, all they need to do is tie in with the latest smartphone – as Ford does with SYNC coupled with MyFordTouch – to prep their customers on what will be offered to buy. Their attention already is well trained.

As for myself, after that vision, I’m not sure I want to go to bed tonight.

See The Auto Channel on: