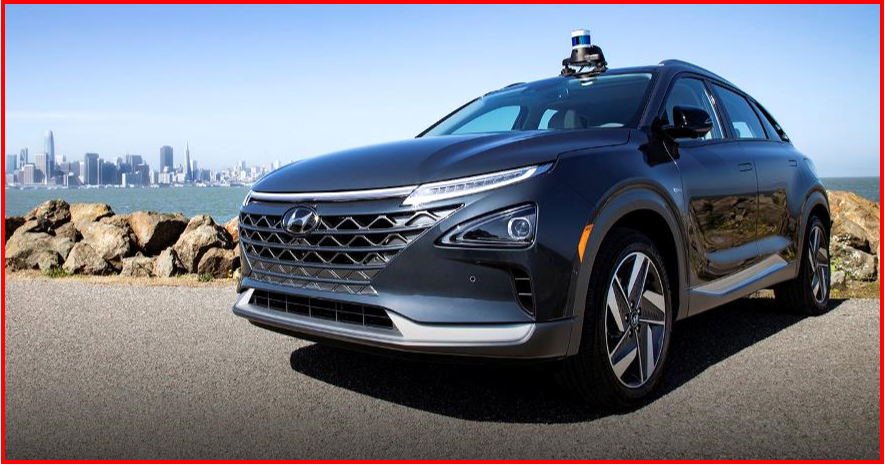 Aurora Driver, comprises the lidar, radar, and cameras that perceive the world around it and the computer that runs the software modules.

The move strengthens a partnership formed between the companies in 2018, under which Hyundai, Kia, and Aurora have been collaborating on self-driving technologies on Hyundai’s flagship fuel cell vehicle NEXO. With the new investment, the companies have agreed to expand research to a wide range of models and to build an optimal platform for Hyundai and Kia’s autonomous vehicles. (See Hyundai Delivers First 2019 NEXO Fuel Cell SUV)

“Working closely with industry leaders around the world will help us develop fully self-driving vehicles that are safe and innovative for our customers,” claimed Youngcho Chi, President and Chief Innovation Officer at Hyundai Motor Group.

Aurora says it is a leader in the development of self-driving technology. Its self-driving system, the Aurora Driver, comprises the lidar, radar, and cameras that perceive the world around it and the computer that runs the software modules. This enables it – in largely untested theory – plan a safe path.  With the integration of the Aurora Driver, Hyundai and Kia vehicles will  enhance their ability to monitor, react, and adapt to different surroundings – a goal that the entire industry is pursuing.

NEXO can be leased for $399 (Blue model) or $449 (Limited model) for 36 months and can be purchased for $58,300. The first year of maintenance is free of charge and customers are eligible for a taxpayer subsidized credit (subject to individual tax circumstances) from the state of California for up to $5,000.

Purchasers of new Hyundai NEXO SUVs will receive hydrogen fueling cards with a combined maximum value of $13,000 to be used during the first three years of vehicle ownership. NEXO has several driver assist systems, including Forward Collision-Avoidance Assist, Lane Following Assist, Driver Attention Warning, High Beam Assist and Remote Smart Parking Assist that enables NEXO to either autonomously park or retrieve itself from either a parallel or perpendicular parking space with or without a driver in the vehicle.

Hyundai Motor Group’s future mobility plans include commercialization of Level 4 autonomous vehicles by 2021 with the pilot launch of a fleet of autonomous robo-taxis in smart cities.