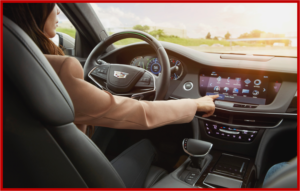 “Super Cruise is a giant leap along the path to true Autonomous Vehicles, said Mark Reuss.

Cadillac says it will expand the rollout of Super Cruise on all Cadillac models, with the rollout beginning in 2020. After 2020, Super Cruise will make its introduction in other General Motors brands. The automated cruise control system is claimed to be the world’s first true hands-free driver assistance feature for the freeway.

GM Chairman and CEO Mary Barra’s promised in her keynote address at the 2014 ITS World Congress, that Cadillac would begin offering advanced intelligent and connected technology in its vehicles. This year that promise comes closer to roadside reality.

The driver assistance device is made possible by precision LiDAR map data, high precision GPS, a driver attention system and a network of camera and radar sensors. It requires an active OnStar service plan with emergency services to function. Customers it’s said can drive hands-free on more than 130,000 miles of limited-access freeways in the U.S. and Canada. The driver attention system detects when drivers need to pay more attention to the road. Even while using Super Cruise, drivers must always pay attention and not use a handheld device.

Cadillac will soon have company. Toyota has announced it launch vehicles equipped with V2V technology in about four years.

Cadillac introduced vehicle-to-vehicle (V2V) communications on the CTS sedan in 2017, which uses Dedicated Short-Range Communications (DSRC) technology. V2V can be extended to the roadway infrastructure and other roadway users such as cyclists and pedestrians establishing a broader V2X system. Using V2X, compatible vehicles can be notified of hazardous road conditions, traffic light statuses, changing work zones and the like. With a range of nearly 1,000 feet, drivers can be alerted to possible threats in time to avoid a crash.

“V2X can really be an enabler. It can help in so many ways to bring us closer to zero crashes, and zero congestion, said Mark Reuss, who just crashed the Corvette pace car on pit road exit this past Sunday at the Detroit Grand Prix. “When cars can talk to the world around them, and share information about speed, direction, operating performance, road conditions, traffic lights and more, we’ll save lives, we’ll save time and we’ll save money,” Reuss claims.

“As NHTSA stated: V2V-equipped vehicles “perceive some threats sooner than sensors, cameras or radar can, and warn their drivers accordingly. The thing is, cars can’t talk to each other when only one of them is V2V-enabled. So, our CTS was getting pretty lonely out there,” Reuss said.