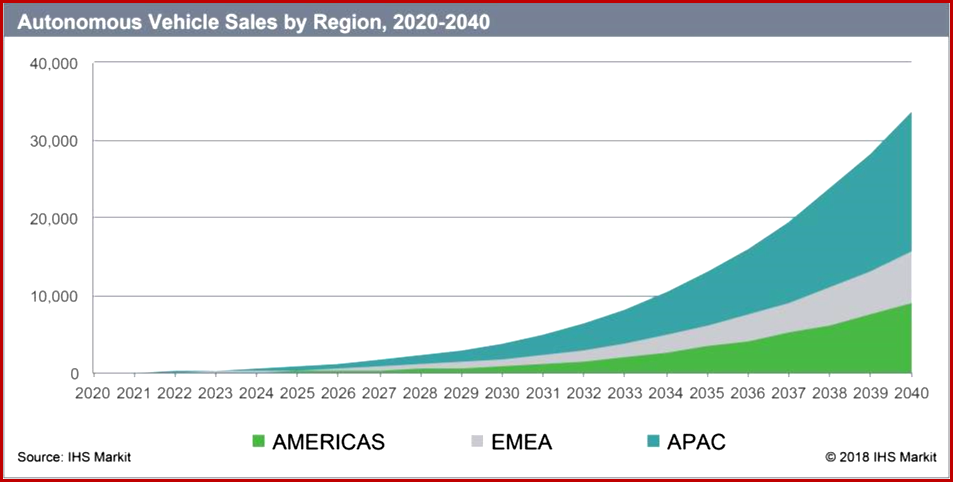 Don’t bet against the Chinese – they own Volvo.

Can it be that more than 33 million autonomous vehicles will be sold globally in 2040? This is a substantial increase from the 51,000 units forecast for the first year of “significant volume in 2021,” according to the latest autonomous vehicle sales forecast from business information source IHS Markit.

In their view “rapid convergence of autonomous driving and mobility services such as ride-hailing is the main reason for early deployment and growth.

Based on what appears to be semi-educated hunch, IHIS claims that the United States will lead the world in deployment and early adoption of production autonomous vehicles as early as 2019 – effortlessly omitting Chinese owned Volvo – while Europe and China are expected to begin adding considerable volume from ~2021 onward. 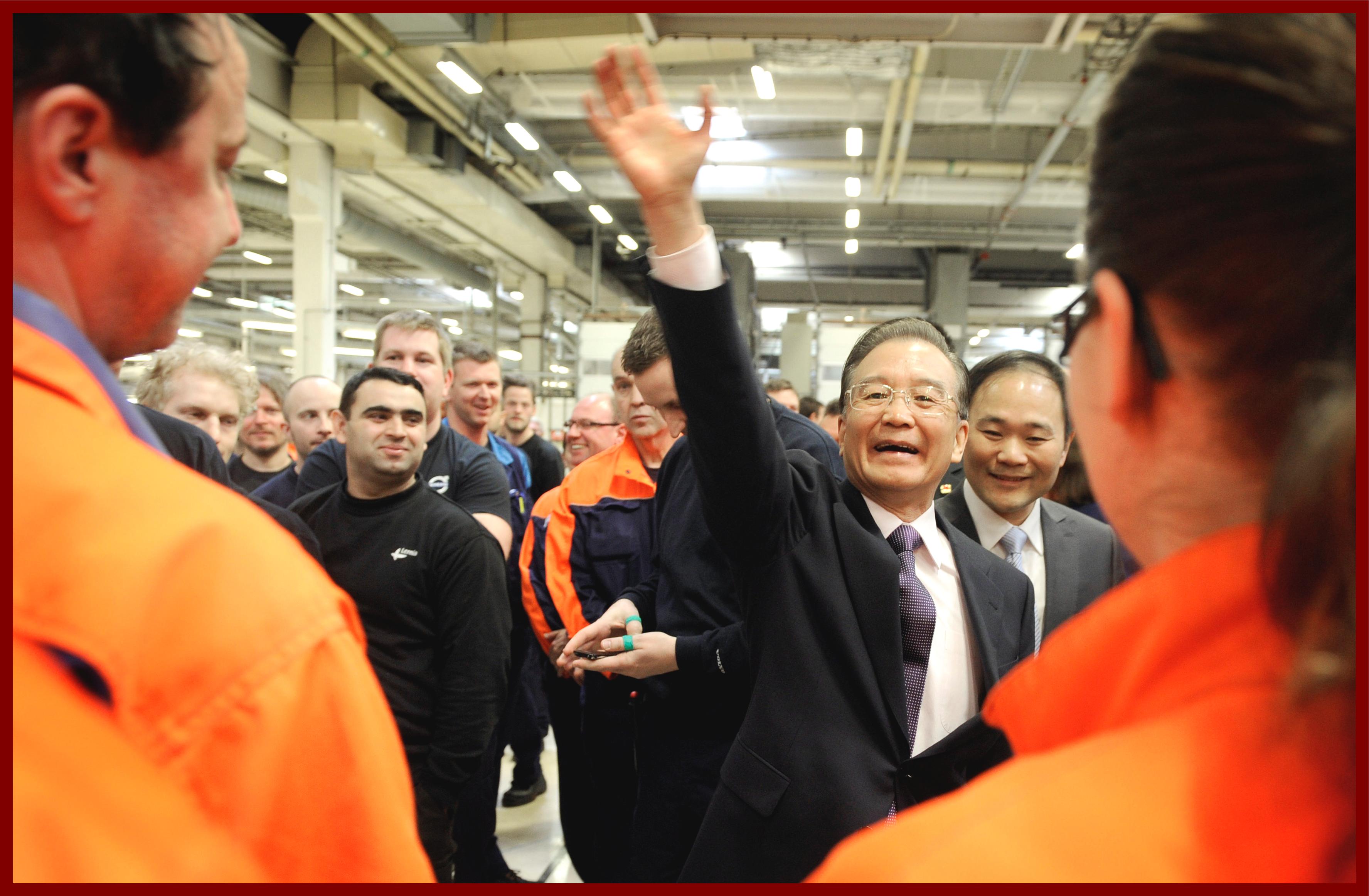 An increasing number of governments around the world expect some phasing out or “disincentivizing” gas-powered vehicles in favor of hybrids and electric vehicles.  and as OEM efforts toward vehicle electrification continue, it’s logical that air quality in cities should improve. (see California Proposes Strict Greenhouse Gases, Fuel Economy Rules for 2030)

The U.S. market will see the first autonomous vehicle sales in the world, the IHS forecast says, as many individual states and the nation are expected to adopt an industry-friendly regulatory approach. The first uses will be in mobility service fleets, which will provide early hands-on experience with the technology and help reduce consumer skepticism. Announcements from General Motors, Waymo and Uber contribute to early projected mobility fleet volumes in 2019 before personal autonomous vehicles become available as early as 2021. Total U.S. volumes of autonomous vehicles are expected to reach 7.4 million units per year in 2040.

China Will Lead in Volume!

Mobility services are in many Chinese cities already, and driverless variants are expected to maintain popularity with consumers. Additionally, the automotive and technology industries are aggressively closing the gap in key sectors including autonomous driving and artificial intelligence. Regulations on autonomous vehicle testing and deployment are predicted soon in China, and will provide clarity for the industry to reach 14.5 million autonomous vehicle sales in 2040.

European regulations are an obstacle to the same ride-hailing services that will promote initial deployment in the U.S., but European markets are filled with technology-rich luxury brands, notably the Germans who missed the hybrid boom until recently. As a result, according to the forecast, the balance in Europe will lean toward personally-owned autonomous cars over driverless mobility fleets, amounting to 5.5 million autonomous vehicle sales annually in 2040.

A variety of factors will limit adoption of autonomous vehicles in other global markets, according to IHS, including the presence and strength of the local automotive industry, regulations governing autonomous driving and/or mobility services including ride-hailing, and the complexity of local driving conditions. While many countries including Japan, South Korea, Australia and Canada will have a mix of favorable conditions that introduce autonomous vehicles locally as early as 2022, most global markets are expected to experience more roadblocks that bring late initial deployment and low adoption of autonomous driving overall. In 2040, IHS Markit forecasts autonomous vehicles sales in other global markets to reach nearly 6.3 million per year combined, compared to more than 27.4 million between the U.S., China and Europe.

Juliussen claims, “as operational areas expand, miles traveled, and the business opportunity increase considerably. Business decisions — battery electric vehicle versus hybrid, how to deploy cyber security, data privacy and monetization — will become even bigger differentiators than they are today.”