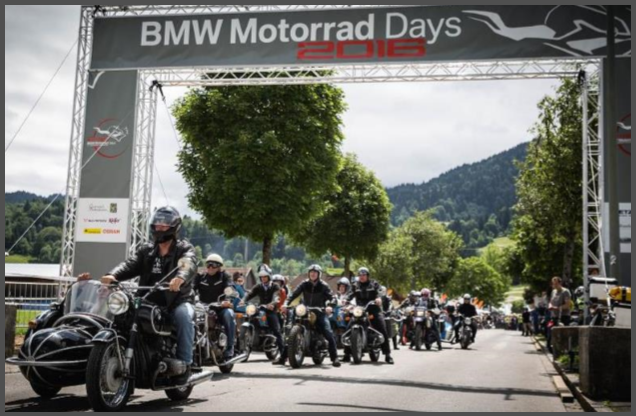 An estimated 35,000 BMW Motorrad fans made their way to Garmisch-Partenkirchen last weekend at the foot of the Hausberg in Bavaria to attend the world’s biggest BMW Motorrad gathering. There were guests from all over the world attending a diverse program of  – what else – motorcycle-related activities. 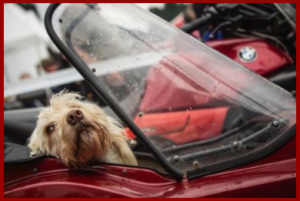 Naturally, there was a Bavarian beer garden. There was a festival tent, live music in the evenings,  and parties galore. The Motorrad people – and, well, maybe pets – drank some 17,000 liters of beer, 14,000 liters of soft drinks. They also ate 3,500 portions of chicken, 2,000 portions of curry sausage and 1,800 burgers.

In the fair area, new products were shown with custom, tuning and accessories for sale. Some people got involved in intense discussions with BMW Motorrad developers, engineers and test riders in the exhibition pavilion. Meanwhile guests got a first-hand view of the racing machines and several of the professional riders in the motor racing tent.

While the Friday was bright and sunny, events were affected by some rain showers on Saturday afternoon. The planned Boxer Sprint was interrupted for safety reasons. The sprint race will now be held at the Glemseck 101 motorcycle rom during August. Around 150 steadfast enthusiasts did not let the weather spoil the traditional motorcycle parade, however, and they set off on the tour of Garmisch-Partenkirchen appropriately equipped in rain gear.

Ken Zino is an auto industry veteran with global experience in print, broadcast and electronic media. He has auto testing, marketing, public relations and communications expertise garnered while working in Asia, Europe and the U.S.
View all posts by Ken Zino →
This entry was posted in motorcycles, people and tagged autoinformed, autoinformed.com, Ken Zino. Bookmark the permalink.