Back End of IMSA Season at VIR This Weekend 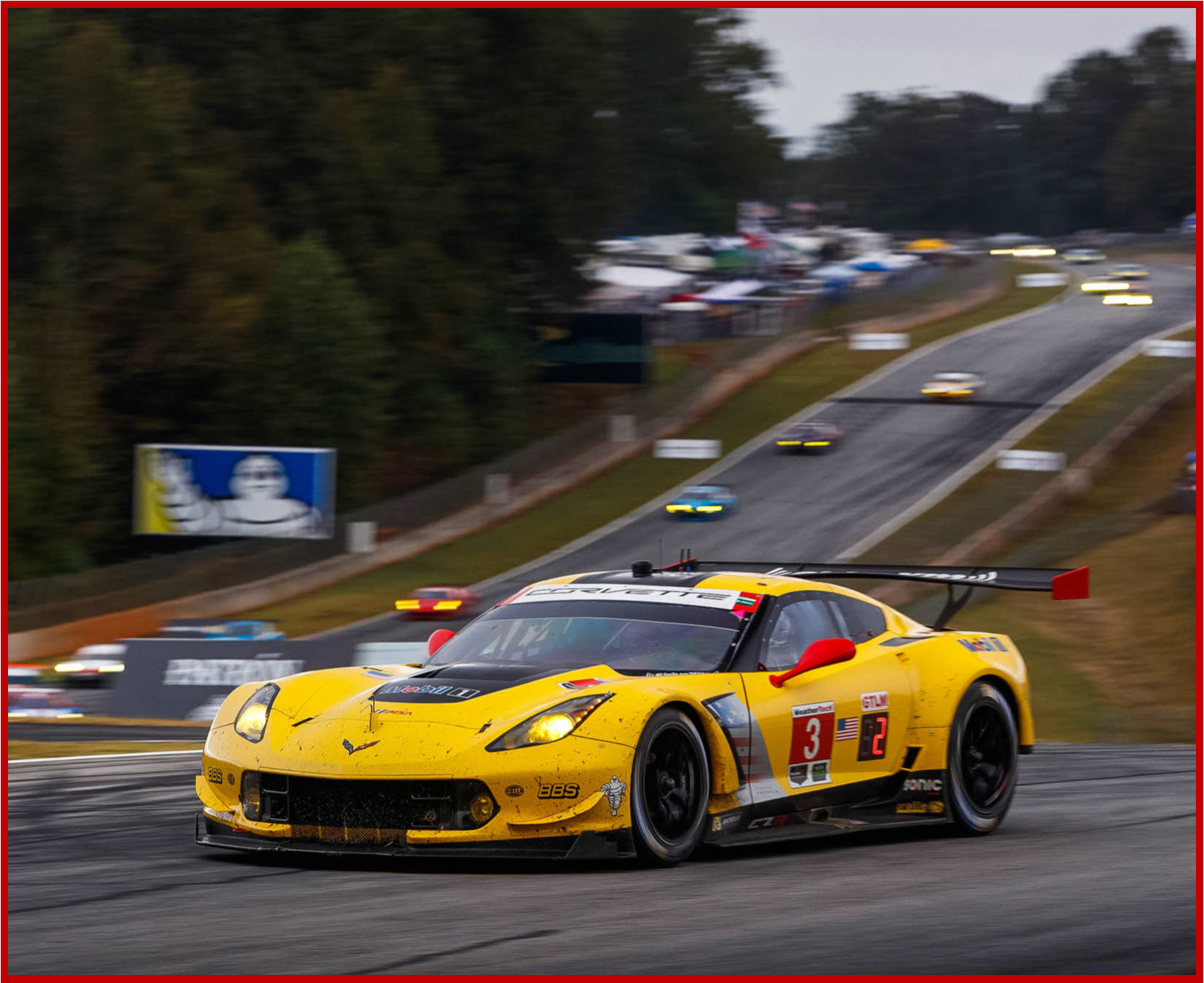 Happier results last year for the No. 3. Neither Garcia nor Magnussen claim to be desperate to win. Sports car racing observers know better. In the words of Roger Penske, “I didn’t come here to finish second.”

With three races left on the 2018 schedule starting with this Sunday’s two-hour, 40-minute Michelin GT Challenge at VIRginia International Raceway, it’s officially “go for the juglar time” in the championship. For Magnussen and Garcia, who co-drive the No. 3 Corvette Racing Chevrolet Corvette C7.R, their chief competition for the title has been the pair of entries from Ford Chip Ganassi Racing.

Richard Westbrook and Ryan Briscoe currently lead the GTLM standings on the heels of their third victory of the season in the No. 67 Ford GT earlier this at Road America. Garcia and Magnussen are five points ahead of No. 66 Ford GT co-drivers Joey Hand and Dirk Mueller, who have won two of the last four GTLM races.

This is going to be the class to watch.

“It is so close in this championship,” Magnussen said. “Every weekend, one car has the edge, but usually not a massive edge. That makes it tough. It makes it tough on the drivers, of course, but also on the teams to perform well in the pits, to pick the right strategy and make the right calls. That’s what I love about GT racing. It’s so close, you fight every lap of the race, and then when it’s over, hopefully you’ve got something good to show off back home.”

Lately, in the GTLM class the team with reason to boast has been Ford Chip Ganassi Racing. The team has won the last four races. Garcia and Magnussen, meanwhile, haven’t won yet this season in the No. 3 Corvette. In fact, they haven’t won a race since last August. That win came at VIR. They also won at VIR in 2016.

“To have a chance to go for the (VIR) hat trick is a fantastic opportunity,” Magnussen said. “It’s tough right now. In the championship, competition is really, really, really hard from Porsche and from Ford and BMW. If we can go there and get another win, that’d be absolutely fantastic.”

Winless though they be, the No. 3 team continues to perform – as it did in 2017 – through consistently strong finishes. Last year, they finished every race inside the top five and had three wins. This year, they’ve finished fourth or better in seven of eight races and have finished on the podium in the last five events.

That’s why they’re only four points out of the lead. It’s also why – while a third consecutive win at VIR would be nice – neither Garcia nor Magnussen claim to be desperate to win. Sports car racing observers know better. In the words of Roger Penske, “I didn’t come here to finish second.”

Now Words from One of Many IMSA Sponsors

The VP Racing Fuels Front Runner Awards, occurring twice per season, are presented to the car in each class that have led the most laps in each race. The awards were presented by Donato Bonacquisto, director of marketing for VP Racing Fuels at the Sahlen’s Six Hours of The Glen for WeatherTech Championship recipients and at the recent Continental Tire Road Race Showcase at Road America for Continental Tire Challenge competitors.

In the WeatherTech Championship, the Prototype class recipient was the No. 5 Mustang Sampling Cadillac DPi-V.R shared by co-drivers Joao Barbosa and Filipe Albuquerque, which led the most laps in the season-opening Rolex 24 At Daytona and April’s BUBBA burger Sports Car Grand Prix at Long Beach. As a result, the No. 5 team from Action Express Racing earned a $5,000 fuel credit.

In the GTLM class, the No. 912 Porsche GT Team 911 RSR shared by Earl Bamber and Laurens Vanthoor led the way with the most laps led at Long Beach and May’s Acura Sports Car Challenge at Mid-Ohio.

In GTD, the award went to the No. 86 Meyer Shank Racing Acura NSX GT3 driven full-time this season by Katherine Legge, which led the most laps en route to victory in the Chevrolet Sports Car Classic at Detroit’s Belle Isle Park in June when Legge partnered with Mario Farnbacher.

The seldom noticed – by racing media -but decidedly quick Legge appears to be poised to enter NASCAR. If she wasn’t so good, you could call her an underdog, but the only thing she lacks – for the moment – are sponsors.

Like the Prototype class recipients, both the No. 912 and No. 86 teams also received $5,000 in fuel credit each from Bonacquisto at Watkins Glen.

In the Continental Tire Challenge, the No. 60 Roush Performance/KohR Motorsports team of Nate Stacy and Kyle Marcelli took the $5,000 in fuel credit for the team by leading the most laps in the Grand Sport (GS) class at both Sebring International Raceway in March and at Canadian Tire Motorsport Park last month.

The VP Racing Fuels Front Runner Award in the TCR class went to the No. 77 Compass Racing Audi R8 LMS TCR squad of Britt Casey Jr. and Tom Long, who combined to lead the most laps in the four-hour season opener at Daytona International Speedway in January, as well as Sebring and Canadian Tire Motorsport Park.

In the Street Tuner (ST) class, the first-half VP Racing Fuels Front Runner Award winner was the No. 81 BimmerWorld Racing BMW 328i co-driven by Nick Galante and Devin Jones.

The TCR and ST winners each received $2,500 in fuel credit.

With the first half of the season completed, the VP Racing Fuels Front Runner Awards point standings were reset. The second half awards will be presented at season-ending awards celebrations for both the Continental Tire Challenge and the WeatherTech Championship.