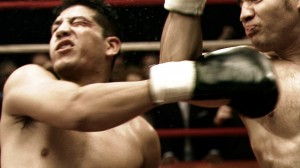 As the U.S. celebrates Thanksgiving on Thursday, GM is saying thanks. In a 60-second commercial with no voiceover, serious and comic images of failure appear on screen back to back followed by images of recovery or comeback. The ad closes with the words: "We all fall down. Thank you for helping us get back up."

General Motors has just announced a $163.2-million investment in its operations in Flint and Bay City, Michigan, and Defiance, Ohio, to support engine production for the Chevrolet Volt, Chevrolet Cruze and a new Chevrolet small car to be built in the United States. The investment will protect 184 jobs at the three sites. (Click for Driving Impression – Chevrolet Cruze)

With taxpayer supplied funds a reorganized GM has made U.S. investments of more than $3.3 Billion and added 8,000 jobs since its emergence from bankruptcy in July of 2009 – bolstering arguments that it was a wise federal government investment that along with the equally unpopular Wall Street bailout prevented another Great Depression. 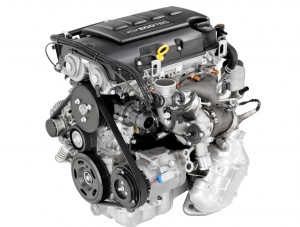 An excellent engine that provides 42 mpg on the highway in one version.

And after GM’s successful return to public trading last week, it looks possible that taxpayers will eventually recoup all of their $50 billion investment when the economy emerges form the throes of the Great Recession it is still trapped in.

“This investment is essential in ensuring we can meet the expected high demand for the Chevrolet Volt, Chevrolet Cruze and a small car that will be produced at our Orion Township facility,” said Kathleen Dilworth, Flint Engine Operations plant manager. “These three facilities will continue to play a key role in GM’s resurgence and efforts to bring to market vehicles with segment-leading fuel economy.”

The investments will be used to increase production of the Ecotec 1.4-liter engine that is used in the Chevrolet Cruze and a 1.4 liter-variant used in the Chevrolet Volt. Flint Engine is expected to start production of 400 engines a day in early 2011 increasing to 800 engines a day by late 2011. The newest investment increases its capacity to 1,200 a day in late 2012.

Bay City will increase connecting rod and camshaft production and Defiance will boost output of engine block and crankshaft castings.

In less than two years, GM has invested nearly $700 million and protected more than 600 jobs at the three facilities.

The Ecotec 1.4-liter turbocharged engine for the Chevrolet Cruze is like two engines in one with the fuel economy of a small displacement engine and the performance of a larger engine. The 1.4-liter engine helps the Cruze Eco achieve a segment-leading EPA-estimated 42 highway mpg.

The naturally aspirated version enables range extension for the Chevrolet Volt. After the battery is depleted the on-board engine-generator creates additional electricity to power the car for hundreds of additional miles of extended range.