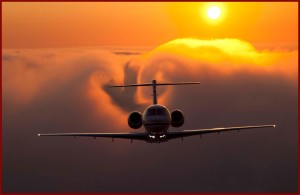 Hawker-Beechcraft was formed in 2007 in a $3 billion sale to private equity firms Onex and Goldman Sachs that kept high levels of existing debt. The market collapse in 2008 and the ensuing Great Recession sent highflying predictions about sales in the business jet market into a graveyard spin.

The U.S. Bankruptcy Court for the Southern District of New York has granted approval of Hawker Beechcraft’s voluntary Chapter 11 filing under the U.S. Bankruptcy Code.  The loss-making aircraft company can continue to pay employees, vendors and suppliers of goods and services delivered. Hawker Beechcraft will use $400 million in Debtor-in-Possession (DIP) financing, negotiated as part of the prearranged restructuring, to meet these obligations. The aircraft company also said it might terminate its pension plans under the bankruptcy, something the court would have to approve ultimately.

Collectively, Hawker Beechcraft’s three pension plans are only 56% funded, with $769 million in assets to cover $1.4 billion in benefits. If Hawker Beechcraft ended the plans under the bankruptcy, the Pension Benefit Guaranty Corporation of the U.S. Federal government would pay $533 million of the $611 million shortfall.  PBGC is the company’s largest creditor.

In fiscal year 2011, PBGC had $81 billion in assets to cover $107 billion in liabilities. If the bankruptcy court allows Hawker Beechcraft to terminate its pensions, PBGC’s balance sheet will be further weakened. Thus far, PBGC has lived on insurance premiums from pension plans and investment returns, and not taxpayer subsidies. Those days may or may not be over. PBGC’s total performance in 2011 was a $2.7 billion loss.

“We are committed to working with Hawker Beechcraft and its creditors so that the company can reorganize successfully, while also maintaining the retirement security of its nearly 20,000 workers and retirees,” said PBGC Director of Communications J. Jioni Palmer in a statement.

Hawker-Beechcraft was formed in 2007 in a $3 billion sale to private equity firms Onex and Goldman Sachs that kept high levels of existing debt. The market collapse in 2008 and the ensuing Great Recession sent highflying predictions about sales increases in the business jet market into a graveyard spin.

On 3 May 2012, Hawker Beechcraft and a significant number of its senior secured lenders and senior bondholders agreed a financial restructuring plan that will eliminate approximately $2.5 billion in debt and approximately $125 million of annual cash interest expense. It is not clear if the elimination of debt is enough to make its business profitable, since it is badly behind in the development of new airplanes in core markets, including business jets.

After its last SEC 10K filing at  the end of April, Robert S. (Steve) Miller, CEO of Hawker Beechcraft,  said, “Today’s filing reflects the combined effect of the prolonged weakness in our market that has continued to affect our business and the heavy debt burden the company has operated under since 2007.”

Miller, well known in automotive circles for his bankruptcy work at Chrysler in the 1980s, joined the aircraft company earlier this year when a bankruptcy was expected.