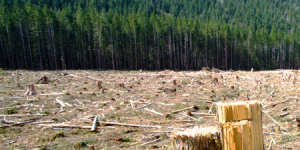 Senator Max Baucus, D-Montana, chairman of the Finance Committee has proposed draft legislation that would continue lavish taxpayer financed ethanol subsidies instead of letting them expire at the end of this year.

Currently U.S. taxpayers are handing agribusiness a subsidy of about $7 billion annually to use corn to make ethanol, according to the Congressional Budget Office.

This federal handout is widely despised by numerous critics since it requires more energy to produce the ethanol than is gained at the fuel pump, thereby increasing energy inefficiency and pollution. It also takes away from food supplies both directly and indirectly since corn is eaten by people and animals raised for food.

Baucus also wants to keep the tariff on imported ethanol at 54-cents per gallon. Critics call this trade barrier unconscionable since it blocks the import of ethanol from Brazil, whose industry is the world’s second largest ethanol producer.

It’s also one of the most cost effective since Brazilian government subsidies for ethanol ended more than a decade and process that uses the sugar cane instead of corn to make Brazilian ethanol is more efficient.

American taxpayers have already spent $41.2 billion since 1980 on tax-based subsidies for ethanol, according to the Senate Energy Committee. This is without question our largest subsidy for renewable energy.