Biden and Democratic Pols Out in Full Force at NAIAS 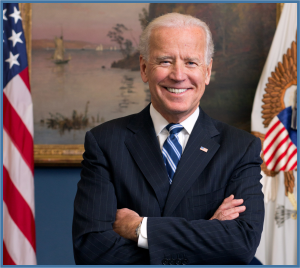 The Vice President was the lead on implementing the American Recovery and Reinvestment Act.

Most of these political appointees will no doubt stick to talking points about the successful auto bailouts that saved the U.S. auto industry, as well as increased safety, emissions and fuel economy regulations.

Michigan Governor Rick Snyder, Kentucky Governor Steve Beshear, Ohio Governor John Kasich and Missouri Governor Jay Nixon, all from auto dependent states will also visit what used to be known as the Detroit Auto until it became international in 1989.

This year, NAIAS celebrates its 25th anniversary as an international event. Countless government figures will attend during Press Preview and Industry Preview, next week before the public show opens on Saturday.

“The news and information that is generated and released at this show is relevant to the economy here in the U.S., and around the world,” says NAIAS 2014 Chairman Bob Shuman.

In addition to the politicians listed, several members of the United States Congress, along with representatives from the nations of Canada, China, Italy, Japan, and Mexico will attend.

Ken Zino is an auto industry veteran with global experience in print, broadcast and electronic media. He has auto testing, marketing, public relations and communications expertise garnered while working in Asia, Europe and the U.S.
View all posts by Ken Zino →
This entry was posted in people and tagged autoinformed, autoinformed.com, Ken Zino, naias. Bookmark the permalink.