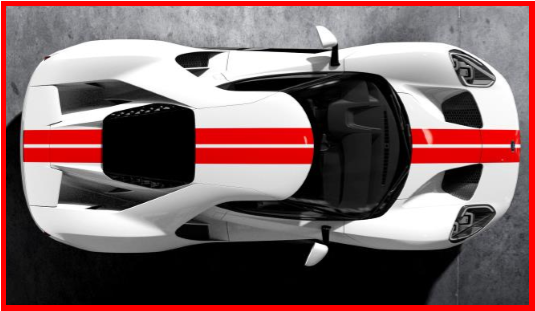 Too bad for the original buyers, but Ford Performance will now offer the Ford GT for two additional production years. This brings the supply of the carbon fiber supercar to a total of four years – final numbers unknown. Potential additional customers who already  applied to purchase a Ford GT but were turned down will have to “update their request” when the next application window reopens in early 2018.

What direction do you think prices are heading in this marketing move – part sleaze, part reality that acknowledges demand. Ford claims the decision came after letters were sent to potential customers notifying them of their application status to purchase the GT. To be fair, in these kinds of exotic car marketing moves there is rampant buyer  and seller speculation that – to use an analogy – is the normal course of business on corrupt Wall Street. (Hillary Clinton’s campaign did not respond to queries as to whether she was on the preferred list. Just kidding.)

“While we can’t build enough Ford GTs for everyone who has applied, we are going to produce additional vehicles in an effort to satisfy more of our most loyal Ford ambassadors,” gushed Dave Pericak, global director, Ford Performance.

The additional production comes after a decision by Ford Performance to race Ford GT in both IMSA and World Endurance Championship (WEC) series events for four years. With a class win at LeMans, this took a decision? No racing organization would set up an expensive endurance program like this – six cars – to run just one or two years.

Here’s the key: “We want to keep Ford GT exclusive, but at the same time we know how vital this customer is to our brand,” Pericak claimed. This comes down to a definition of “exclusive” in AutoInformed’s view. It appears that more cars, according to Pericak, means more exclusive. This assertion would have had me laughed out of my high school logic class. Maybe expelled.

Year three of production be for applicants who were placed on the wait list. Previously deferred applicants and those who missed the initial application window will get (at least so far) production year four. The application process for fourth-year production will reopen in early 2018. Those who already applied to own the car will need to update their request.

Ken Zino is an auto industry veteran with global experience in print, broadcast and electronic media. He has auto testing, marketing, public relations and communications expertise garnered while working in Asia, Europe and the U.S.
View all posts by Ken Zino →
This entry was posted in marketing, news analysis, performance and tagged autoinformed, autoinformed.com, Ken Zino. Bookmark the permalink.