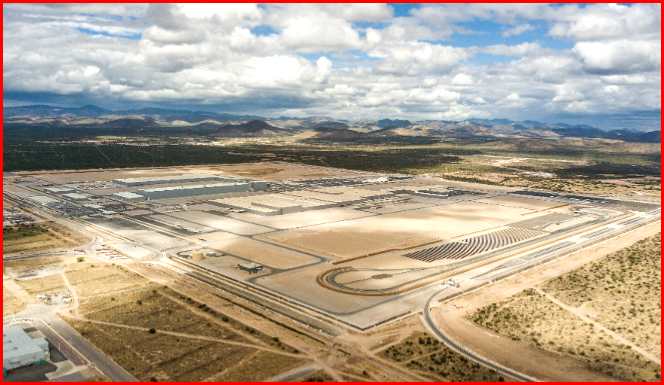 Well starting four days from now prices will likely include a 5% tariff decreed by President Trump that increases by 5% each month until it stops – so far – at 25%. Every BMW Group vehicle today already contains at least one part from one of its 220 Mexican suppliers. (AutoInformed NAFTA Lite – US-Mexico-Canada Agreement Hurts US Workers, Trump Tariffs on Mexico – Job Destroying Taxes on Workers)

Oliver Zipse, member of the Board of Management of BMW AG responsible for Production, said: “The new plant in San Luis Potosi is an important pillar of the BMW Group’s global production strategy. We aim to achieve a balance in our production and sales in the different world regions.

“We want to strengthen our footprint in important and growing markets. Plant San Luis Potosi will significantly boost our regional production flexibility in the Americas. From here, we are delivering our locally produced BMW 3 Series Sedan to customers worldwide.”

BMW has invested more than one billion $US dollars in the new production location. The plant, which already employs 2,500 people, will have a capacity of up to 175,000 units per year once the ramp-up phase is fully completed.

San Luis Potosi will build the BMW brand’s most successful model series: the 3 Series Sedan. In the company’s more than 100-year history, this car has come to represent the heart of the brand with its dynamic performance, efficiency and design.

At an innovative new training center on the plant grounds, all new staff and apprentices are trained in the BMW Group’s latest production processes and technologies, based on the dual vocational training model. The center is not just focused on expanding employees’ and apprentices’ technical skills, but also boosting motivation, enthusiasm and team spirit.

The plant is working with four technical institutes in this area and has already trained 250 apprentices in technical occupations.

The BMW Group has operated its own local purchasing office in Mexico since 2008. In 2017, the office relocated from Mexico City to San Luis Potosi, where it now employs 105 people. The BMW Group’s purchasing volume in Mexico reached $2.5 billion last year.

From the first full year of production, BMW says the facility in San Luis Potosi will be the BMW Group’s most resource-efficient plant. Careful use of water is a primary sustainability objective. The site, with the production network’s lowest water consumption per vehicle produced, will be the BMW Group’s first paint shop to generate no process wastewater at all. The water needed for the painting process is reconditioned and reused.

The use of renewable energy sources ensures that the plant will be supplied with 100% CO2-free electricity in future. A solar energy plant on-site, covering an area of more than 70,000 m2, will produce part of the energy.

Mexico expands the BMW Group production network to a total of 31 locations. BMW Group’s Strategy calls for a flexible and efficient international production network, with a good balance of value creation between Europe, Asia and the Americas.

The new location in Mexico is another building block in this growth strategy. The country is a member of the NAFTA free-trade area with Canada and the United States. It also has many free-trade agreements, including with the European Union and MERCOSUR, which make it easier to export cars and import supplied parts.

The NAFTA region, with its consistently high sales volumes, is a key market for the BMW Group. Twenty-five years ago, the BMW Group opened its plant in Spartanburg, USA, and has since invested nearly nine billion US dollars in the site. The company will invest a further 600 million US dollars there by 2021 to gear it up for future generations of the BMW X models. The number of jobs will increase in parallel to around 11,000. In total, the company supports almost 70,000 direct and indirect jobs in the US.

The BMW Group sales company in Mexico is celebrating its 25th anniversary this year. The local sales company is not only responsible for the Mexican market, but also manages the company’s business strategy for the whole Latin America region, covering a total of 28 countries. Delivering continuous growth, Mexico is the most important market in this region.