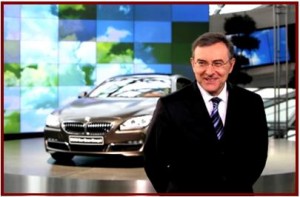 “The main reasons for this positive performance are the strong demand worldwide for the BMW Group’s attractive vehicles, the strength of the BMW, Mini and Rolls-Royce brands as well as improvements in efficiency”, said Norbert Reithofer, the Chairman of the Board of Management of BMW AG.

The BMW Group continues to target an EBIT margin between 8%-10% in the Automotive segment, with the caveat that the global economic climate does not take a turn for the worse; the BMW Group forecasts an EBIT margin for 2012 at the upper end of this range. This decline is attributed to investment in new techniques and plant expansions.

“We are still aiming to achieve new record figures for sales volume and pre-tax earnings in 2012”, said Reithofer. “The BMW Group plans to grow faster than the market as a whole in the current year and expects to achieve new sales volume records for its BMW, MINI and Rolls-Royce brands.”