BMW i, an Electric and Hybrid Vehicle Sub-Brand, Debuts 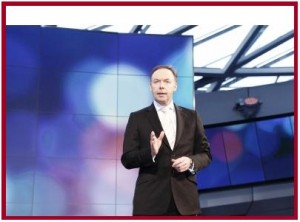 “With BMW i, we are building on the success and strength of our core brand,” claimed Robertson.

BMW announced today a new “BMW i sub-brand” of electric and hybrid cars that will debut in 2013 with the production of BMW i3 and BMW i8. BMW also established a holding company called BMW i Ventures capitalized at $100 million.

The BMW i3– previously known as the Megacity Vehicle – will be the BMW Group’s first production electric car. The BMW i8 is a plug-in hybrid based on the Vision concept first shown in 2009 at the Frankfurt Motor Show. They will be built in Leipzig, after an estimated investment of €400 million and the the creation of 800 jobs.

Both the i3 and i8 models are clearly designed to garner credits so that BMW can continue to sell conventional cars and trucks that emit higher levels of CO2; both use extensive amounts of aluminum and other light weight materials to partially offset the mass of their lithium ion batteries. And both will no doubt be expensive when pricing is announced. 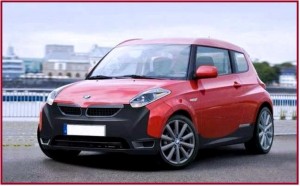 The Megacity in its original concept form.

“It’s a new day in our industry; a new era for individual mobility. This is BMW i – Born Electric.” said Ian Robertson, member of the Board of Management of BMW.

As originally shown at Frankfurt, the Vision was a 3-cylinder turbocharged diesel with two electric motors, one on each axle, and lithium ion batteries under a 2+2 body. The additive power results in 262 kW/356 horsepower, with maximum torque of 800 Newton meters (590 lb-ft.).

At that time BMW claimed the sports car accelerated from zero to 100 km/h in 4.8 seconds, with electronically limited top speed 250 km/h. Fuel consumption in the EU test cycle is 3.76 liters/100 km and CO2 emissions are 99 grams/kilometer.

As a plug-in hybrid, Vision is able to cover the entire EU test cycle under electric power alone. BMW calculates this reduces the CO2 emission rating to just 50 grams per kilometer, which unlike the U.S. takes the sources of energy used for generating the electric power consumed into account (EU electricity mix).

Today’s announcement was long on hype and notably short on technical details. So it’s unknown what will ultimately emerge.