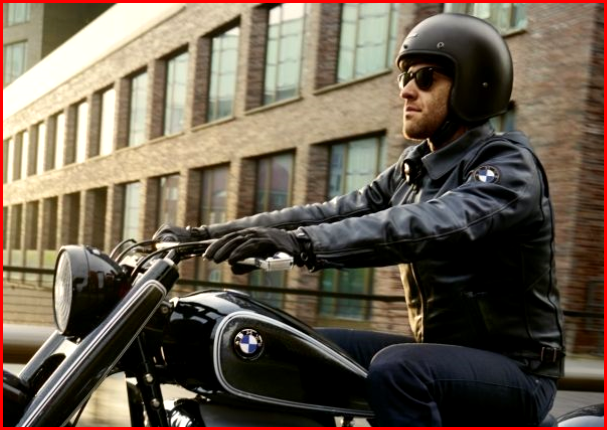 The collection celebrates the history of BMW Motorrad, which dates back to 1923. The first production BMW motorcycle was the R32 equipped with an air-cooled, two-cylinder flat-twin boxer engine.

Taking a page from, gasp, Harley Davidson, BMW Motorrad is expanding its product line in the Heritage segment and launching its own Ride & Style collection on the market for the first time. The BMW Motorrad Heritage Collection 2020 has a wide range of new items, from leather jackets to denim outfits, as well as motorcycle gloves and signature boots

The famous black and white color of the early motorcycles is claimed to be reflected throughout the entire collection. The original branding and the BMW metal emblem are also incorporated in the design. The copper-colored details and visual accents displayed in these garments are similar to the materials used in classic BMW motorcycles.

The new collection celebrates the history of BMW Motorrad that dates back to 1923. The first BMW motorcycle to go into production was the R32 equipped with an air-cooled, two-cylinder flat-twin boxer engine. In 1978, BMW Motorrad as a serial-production manufacturer introduced its own rider equipment range in order to hog out some profits.

The Heritage segment was established with the market launch of the BMW R nineT (sic) in 2014 and has since become one of the most important segments of the BMW Motorrad brand (BMW R nineT Scrambler – Old Look, Modern Pricing). In the coming year, the segment is set to expand as Motorrad has announced the launch of a serial-production motorcycle for the second half of 2020, which will mark its entry into the Cruiser segment.

The BMW Motorrad Heritage Collection will be available in January 2020. In addition to this collection, all other new BMW Motorrad Rider Equipment products will be presented at the EICMA 2019 motor show in Milan.