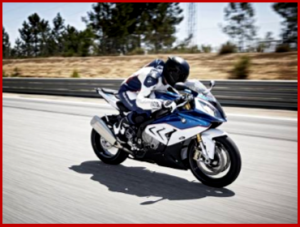 Germany remains most important single market with BMW Motorrad the clear leader with a 25% share.

These sales numbers are likely now starting to raise the awareness of Japanese motorcycle makers, who remain particular strong in Asia. Honda is on track to sell 10 million motorcycles this year.

“For the first time in the history of BMW Motorrad we have supplied more than 100,000 vehicles to our customers in the first nine months of a year,” said Heiner Faust, BMW Motorrad Head of Sales and Marketing.

BMW Motorrad recorded retail growth in almost all sales regions during the first nine months of the year. Germany remains most important single market with BMW Motorrad the market leader, with 17,068 vehicles sold and a market share of just under 25%. It is followed by the USA, Italy, France and the UK in the ranking of sales.

Ken Zino is an auto industry veteran with global experience in print, broadcast and electronic media. He has auto testing, marketing, public relations and communications expertise garnered while working in Asia, Europe and the U.S.
View all posts by Ken Zino →
This entry was posted in motorcycles, sales and tagged autoinformed, autoinformed.com, Ken Zino. Bookmark the permalink.