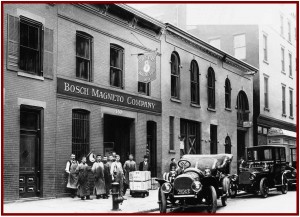 German mega-supplier Robert Bosch has entered a dieselgate settlement agreement with civil claimants in the U.S. that ends some of the civil law proceedings pending about Volkswagen, Audi and Porsche diesel vehicles with 2- and 3-liter engines.

The Plea resolves claims of consumers and dealers of used vehicles against Bosch, its affiliates, employees, and directors on 2009 -2015 Volkswagen, Audi, and Porsche dirty diesels. Bosch will pay $327.5 million (~€304 million).

The plea bargain – and it looks like a real bargain to AutoInformed – requires the approval of Judge Charles R. Breyer, who conducts the nationwide multi-district proceedings in which numerous civil law actions have been combined. In a hearing scheduled for 14 February 2017, the Court will consider preliminary approval of the settlement agreement. The class members will then be informed of their rights and options. It is proposed that the Court considers final approval of the settlement agreement in early May.

“Upon careful consideration of all relevant aspects, we have in this case decided to enter a settlement agreement, said Dr. Volkmar Denner, Chairman of the Management Board of Robert Bosch GmbH about dieselgate. “We wish to devote our attention and our resources to the transition in mobility and in other areas of activity.”

The dieselgate plea deal concerns only civil law claims. Since allegations have first been made public, Bosch is facing other civil and criminal law proceedings in Germany and in other countries.