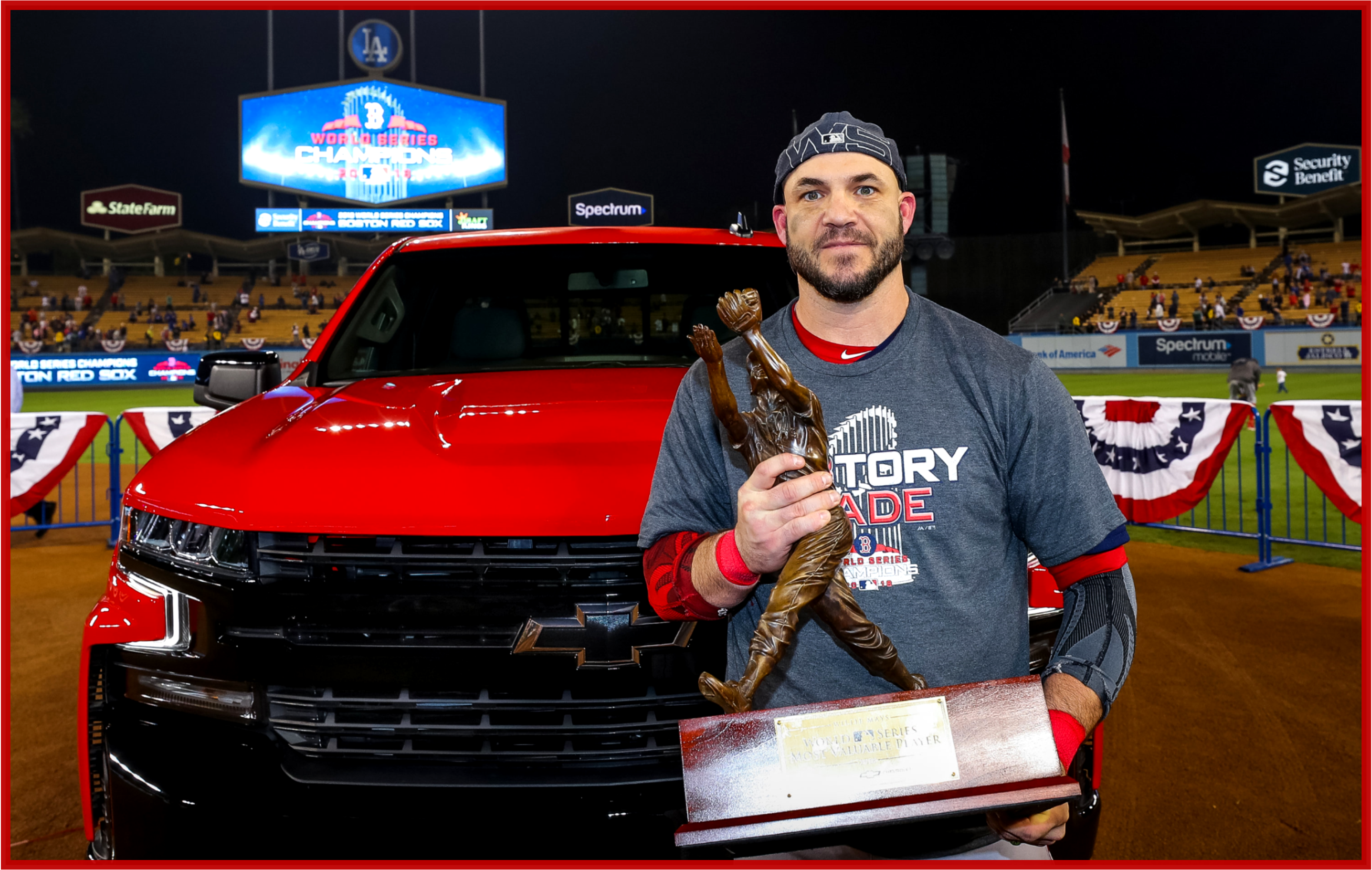 The curse fails to appear.

Boston is one of the best ball clubs I’ve seen.  As ex New Yawker I was hoping the Curse would re-appear, but it was the beginning of  he play ‘s title No No (Nanette), as in no no not to be. Nanette, a mediocre Broadway Musical, of course, was financed by the money resulting from Babe Ruth’s trade from the Red Sox to the damn Yankees. As it now stnds Beantown has a mere 9 World Series wins compared to NYY at 27.

Major League Baseball’s 2018 Willie Mays World Series Most Valuable Player was Steve Pearce of the Boston Red Sox shown above with the MVP trophy and his new Chevrolet Silverado LT Trail Boss pickup. Chevrolet gave Pierce the Silverado for his clutch performance at the plate and on the field throughout the series, Sunday 28 October 2018 after Boston defeated the Los Angeles Dodgers 5-1 in Game 5 at Dodger Stadium in Los Angeles, California. Chevrolet has been the Official Vehicle of MLB since 2005.