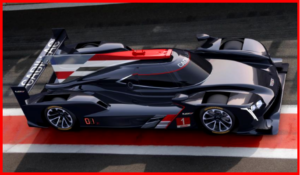 Putting the # 1 on a car that hasn’t raced is pure hubris. It’s traditionally reserved for the previous season’s champion.

GM’s regional luxury brand, Cadillac, has announced a baby-step move back into endurance racing in 2017 by re-entering IMSA after more than a decade’s absence. An all-new 2017 Cadillac DPi-V.R (marketing babble at its worst) will compete in the IMSA WeatherTech SportsCar Championship series in the prototype, aka P, class.

The unknown and untested – at least publicly – Cadillac DPi-V.R will first be driven competitively – Cadillac hopes – at the 2017 IMSA season opener, the Rolex 24 At Daytona, late next January by teams from Wayne Taylor Racing and Action Express Racing.

An obvious question arises to observers of what is arguably the last real sports car racing as opposed to spec series decal racing: What will Ford and Corvette will do with its GT pro-entries – classes behind prototype, where the bucks – both in dollar and bloodline breeding senses – run hard and fast. (Ford GT Drivers Named for World Endurance Championship) 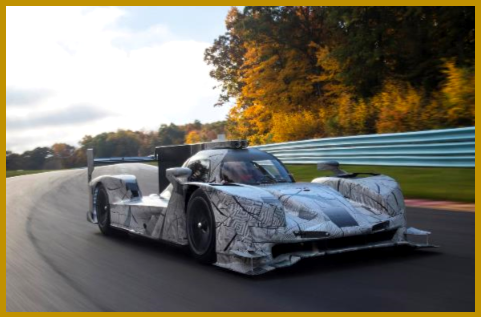 “Cadillac is proud to return to the pinnacle of prototype racing in North America after a 14-year absence,” said Johan de Nysschen, president of Cadillac and an ex Infiniti and Audi executive who has big ambitions to make Cadillac a global luxury brand. So far, this fantasy has no apparent sales results as China and the U.S. are its major markets which along with Canada comprise 97% – yes 97% – of total Cadillac sales. (See Cadillac XT5 after Dubai Desert Debut at LAAS, Audi Lifer Johan de Nysschen Bolts to Infiniti, Cadillac Hires another Head as Johan de Nysschen Bolts Infiniti)

Cadillac claims the DPi-V.R has been designed to contribute to the functional performance of the prototype using elements from the current lineup of Cadillac V-Performance models, especially the CTS-V sedan. However, race car supplier Dallara did the chassis.

“The DPi-V.R race car was an exciting new canvas for the Cadillac design and sculpting team,” claimed Andrew Smith, Global Cadillac Design executive director. “The studio embraced the opportunity to interpret the Cadillac form language, line work and graphic signature for this premier prototype racing application.  Every detail of the final design was selected to support the car’s on-track performance and unmistakable Cadillac presence.”

The Cadillac DPi-V.R is powered by a normally aspirated Cadillac 6.2-liter V-8 engine that shares its architecture with the engines of the third-generation Cadillac CTS-V (640 horsepower) and fifth-generation Cadillac Escalade (420 horsepower). The engine produces approximately 600 horsepower when tuned for racing – as defined by IMSA-mandated air restrictions, with a maximum allowable RPM of 7,600. The engine transfers power to the rear wheels through an X-TRAC paddle-shift transmission.

Cadillac and its designers collaborated with key partners including chassis builder Dallara, teams from Wayne Taylor Racing and Action Express Racing and ECR Engines to prepare the 6.2-liter V-8-powered Cadillac DPi-V.R over the past year.

Additional information about the 2017 IMSA WeatherTech SportsCar Championship series, including the 2017 schedule, can be viewed at imsa.com.

Ken Zino is an auto industry veteran with global experience in print, broadcast and electronic media. He has auto testing, marketing, public relations and communications expertise garnered while working in Asia, Europe and the U.S.
View all posts by Ken Zino →
This entry was posted in racing and tagged autoinformed, autoinformed.com, endurance racing, imsa, IMSA WeatherTech SportsCar Championship, Ken Zino. Bookmark the permalink.