Posted on 5 February 2018 by Autocrat 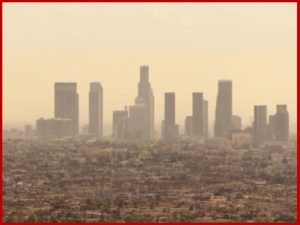 The California Air Resources Board today announced that JEGS Automotive Inc. will pay $1,700,500 to resolve violations of anti-pollution laws related to the sales and marketing of illegal aftermarket performance parts in California.

The penalty is the largest in CARB history for a case involving aftermarket parts.

CARB staff started the investigation of JEGS because of a complaint from a consumer.  CARB said that from 2011 to 2014, JEGS advertised and sold in California modified aftermarket performance parts such as engine programmers, air intake systems and throttle bodies that were not approved by CARB for use on highway vehicles. These products can reduce fuel economy and increase emissions.

California law allows marketing and sale of an aftermarket performance part after an evaluation by CARB to ensure the part does not raise emissions. Once CARB approves the part, it is granted an executive order that allows the sale and installation of the part on pollution-controlled vehicles.  State law also requires manufacturers, retailers, and distributors to take steps to ensure that consumers understand the legality of parts offered for sale and to discourage illegal modifications to vehicles.

JEGS will pay $850,250 to Supplemental Environmental Projects that will install air filters in schools located in economically and environmentally challenged communities; the sum will be split between the South Coast Air Quality Management District and the Placer County Air Pollution Control District.  The remaining $850,250 will be paid to the Air Pollution Control Fund to support clean air programs.

“This large settlement sends a powerful message to those in the retail community that selling aftermarket parts not approved for sale to California drivers is a risk not worth taking,” said CARB Executive Officer Richard Corey.  “Our tough air quality laws exist to protect public health, and those who flout these rules can expect to be caught and pay a steep price. We commend JEGS for cooperating and are confident that the company will not repeat this costly mistake.”