California Gets $153m More from VW on Dieselgate 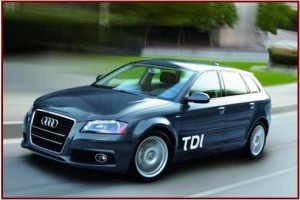 The California Air Resources Board (CARB) says that it filed a consent decree for its final settlement with the Volkswagen Group of America (VW) over the fraudulent certification of diesel emissions, often referred to as dieselgate. Payment includes penalties and cost recovery. Volkswagen Group will pay an additional $153.8 million to California over the company’s use of illegal “defeat devices” in 2009-2016, 2.0 and 3-liter diesel passenger cars.

VW already had agreed to pay $533 million to California on dieselgate, of which $422 million will go to the state through a mitigation trust. The new additional consent decree was negotiated by attorneys and technical experts from CARB and the California Attorney General’s Office, and is subject to court approval.  The overall VW settlement is the largest ever for violations of vehicle air quality rules.

“This payment to the State of California closes another chapter in the so-called ‘dieselgate’ case against Volkswagen, but it is not the end of the story,” said CARB Chair Mary Nichols. “There are still consumers waiting to find out the future of their cars. CARB is working with U.S. EPA to determine if the remaining vehicles can be modified.”

“What Volkswagen did was categorically unacceptable,” said Attorney General Xavier Becerra. “At the California Department of Justice, we’ve been holding Volkswagen accountable since we learned of their inexcusable actions. One thing should be crystal clear: wrongdoers who believe they can run and hide are sorely mistaken.”

The $153.8 million dollars represents penalties for air quality violations and the costs of CARB’s investigation. This Consent Decree is in addition to:

The Consent Decree also includes an injunction requiring the company to implement a corporate compliance program, conduct enhanced vehicle testing, and undertake a series of audit and reporting obligations to ensure future compliance with U.S. and California laws and regulations.

The case began when VW made the decision to use illegal “defeat device” software to bypass emissions control equipment to create the appearance that its cars met California and U.S. health-based air quality standards. This started with its 2009 model year diesel vehicles. As a result, the vehicles produced excess nitrogen oxide emissions (NOx) in amounts up to 40 times the legal standards. More than 500,000 of these vehicles were sold in the U.S., of which ~85,000 were sold in California.

In California, VW’s cheating is particularly harmful because California’s air quality is worse than anywhere else in the nation. Ten million Californians live within the nation’s only severe non-attainment areas for ozone pollution, and 12 million live in areas with nation-leading levels of fine particle pollution. These pollutants cause lung disease, heart disease, and premature death. To put California on track to ensure healthy air for all, California claims – with more than some justification – that it has adopted the most stringent air quality regulatory and enforcement program in the United States.

After VW admitted to the presence of defeat devices in the affected vehicles, CARB, the U.S. Environmental Protection Agency – aka EPA –  the California Department of Justice, and the U.S. Department of Justice – DOJ – took legal action against the company, resulting in billions of dollars in court judgements, and civil and criminal penalties.

Ken Zino is an auto industry veteran with global experience in print, broadcast and electronic media. He has auto testing, marketing, public relations and communications expertise garnered while working in Asia, Europe and the U.S.
View all posts by Kenneth Zino →
This entry was posted in environment, fools 'n frauds, fuel economy or emissions, news analysis. Bookmark the permalink.