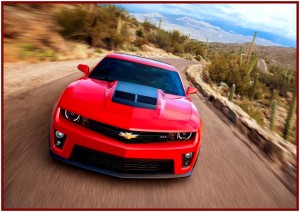 Chevrolet expects the automatic transmission to comprise as much as 50% of ZL1 sales. That’s still a lot of manuals, and many enthusiasts still won’t consider a slush box.

Automatic transmissions continue to grow in sophistication as automakers increase the use of electronic controls and drive-by-wire technology that removes less than sophisticated driver inputs from the shifting schedule. Eventually manual transmissions – now missing from whole segments of vehicles already – will go the way of the hand crank in automotive applications, but it’s going to take a long time.

The latest evidence against manual shifting comes from Chevrolet whose paddle shifter automatic transmissions on Camaro and Corvette models in 2012 have a new software algorithm that improves tap response time ~60% compared to the previous system. As a result, the 2012 Camaro ZL1’s six-speed automatic transmission has a 0-60 time of 3.9 seconds – a tenth of a second faster than GM’s official manual transmission time.

The Camaro ZL1 Coupe will go on sale this spring as a 2012 model. The Camaro ZL1 Convertible will go on sale this summer as a 2013 model. Chevrolet expects the automatic transmission to comprise as much as 50% of ZL1 sales. That’s still a lot of manuals, and many enthusiasts of s certain age still won’t consider a slush box, and will likely go to their graves that way.